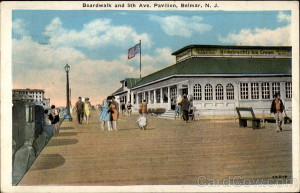 There was a Cadillac for father’s escape every morning before I awoke, weekdays, and to bring him back home again after I was asleep at night. There was a Buick for mother to go to Stop & Shop and Sealfons, a dress shop in neighboring Ridgewood, and to have a boozy lunch at the Steve Wartendyke Inn where she would meet her decorator, Fred, the spitting image of Joel Grey, who carpeted, draped, fabric paneled, Italian tiled, door knobbed, linoleumed, painted, papered, corniced, sconced and labricaned and furnished all the rooms except for the would-be woodsy suburbanite rich kid. The interior of the house was frankly so beautiful, when one stepped into the otherwise ordinary looking cedar-shingled and suttered split level one had the sense of being truly transported.

Sister didn’t like eating with her brother—he must have put her off her food—so mother would feed them separatey, in shifts, and just drink her drinks and maybe eat late with father if he hadn’t already dined gluttonously on Steak Diane or some such post work with clients or his team of worshipful underthings, the only kind of underlings he could have; most likely he was fucking some new hire as rubbers could be found in his attaché case. But we were going to touch only briefly on the rich kid and get back to the beach bum so let us do that.

In the summer he only saw father, who stayed up north, on the weekends and not always then. So you can imagine how beachy and ultimately bummy things could get. With no watchful eye, mother drank increasingly, her own gaze not only naturally turning inward, now, but also veering off in different directions. Mother and sister separately seeked to get away with their own brand of murder and in time the beach bum followed suit, first in the 1910 six bedroom they rented two blocks from the beach and ultimately one they bought, which had seven bedrooms, one block from it. The first house belonged to a Pennsylvania family called the Traces. They weren’t Amish but they seemed like they were, all the boys having haircuts that looked like their father placed a bowl on their heac and cut around. They were in fact Catholic because the house was left to them by a late Monsignor friend of the family. The furniture looked like it belonged in a church. Everything was heavy and dark and overly carved and ornate. The wood surfaces, due to the salt air, could be scraped with your fingernail and cabinet doors and draws all had old fashioned keys in them; and when opened they gave off a heady whiff of age and repression and fear. There were crucifixes everywhere which will factor into a story that will happen a bit later, when the beach bum is eleven and he’s made to swear on these gory wall-hangings that he’ll never tell another living soul what is “about to happen.”

But for now, in the years leading up to that pivotal event he would awake, summers, and fix himself some cereal and grab his raft and head to the beach to meet Steven. On rainy days they would play Monopoly or hit the arcade. Steven found two abandon pidgeon babies and raised them. His plan was to teach Hawkeye and Chopper to be homing and carrier pidgeons. One of them pooped on the beach bum’s bare thigh. There was always a time, during the course of the summer, when he would need a break from Steven who was given to bullying in one way or another. The summer would often start out great, the pair sharing tales from the previous school year. Both were in school musicals, typically, and if they knew some songs in common they’d walk out to the end of one of the beach’s long jettys, sing on it and sing loudly to the sea. They would be taken by the mother and her gaggle of friends, all of them, too, from Jersey City, to Seaside Heights to ride the rides, eat frozen custard and suqirt water into clown heads in hopes of winning an ugly stuffed animal they’d never end up taking home. And those endless days of rafting and body surfing and the recovery time from chafed nipples or chestcolds from the constant water logging. They might build some fish nets out of old window screens and rub them with wet bread to capture some of the introduced fish in the man-made lake Como near their houses, which were only two blocks away. But soon they would tire of each other or one or the other would have visiting friends or cousins and be happy for the excuse to take some time apart.

Steven’s cousin T.J. would visit and that was always a natural break because Steven was strangely covetous of his time alone with his cousin, never sharing the experience, when the boys reached teen age this would be especially obvious. Many years later, decades after Steven’s death at the age of twenty-six, he would learn from Steven’s brother Barry some tidbits of information that cast some sensical light on the situation. Steven, who you might say was “all boy” had two older brothers, Barry and Michael. It would have been obvious to anyone who wasn’t eight years old, probably, that Barry and Michael were gay. Barry was the same age as sad Lisa and they had similar caustic personalities it seemed to the beach bum. He saw Barry treat Steven the same way Lisa treated him. Like an annoying non entity. Both Michael and Barry were seriously skinny, Michael in particular; and both wore binkini swimsuits and were rather hairy. You wouldn’t say they wore Speedos because that would suggest an athleticism. Michael looked like you could touch your middle finger to your thumb if you wrapped it around his bicep. He was tiny and lisped. Barry was quite tall and lithe and had the kind of terrible posture that would make a great female model. His sunk his chest, hunched his shoulders forward and jutted out his hips always collapsing into one side or other.

The first time the beach bum saw an avocado was at Steven’s house. He thought Steven’s father was foreign, from Israel he figured, not realizing that he could have a think Yiddish accent and be American. Steven’s mother ran the office of the biggest synagogue on the Upper West Side of Manhattan, where Steven’s funeral would be prematurely held. Later in life he might describe Steven’s home and family environment as kibbutz-y. The household smacked of communal living. There were always huge bowls of fruits and vegetables, some looking exotic like the avocado—mangos, papayas and such that you might sometime see at the supermarket but never buy. During the week it was Steven and his brothers and his mother and her sister who might have been unmarried or maybe had a husband one never saw. There was Steven’s grandmother and her sister Bessie. Aunt Bessie. The bum called her Aunt Bessie and Steven’s grandmother grandma. Every day he climbed the steps to their front portch where they all sat in chairs or rockers, Grandma or Aunt Bessie would ask him, “how’s your sister?” Sometimes other great aunts would visit

Steven tormented his grandmother and Aunt Bessie but they didn’t know it. He would say obscene things to them to which they’d reply, “What honey?” Then he would make something up.

“My bike needs work. It needs a blow job.”