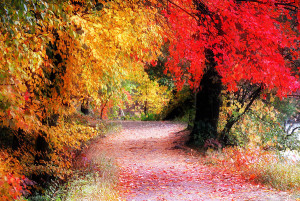 It’s not like I don’t have enough (writing) to do, but I must bring back the Cosmic Blague as a daily practice, now, if only for my own sanity. And maybe some bits of yours. Let’s hope. The knee jerk reaction is: Today is a dark day. And in large part that is true. That said, it also feels like an opportunity to stop doing things the same way and expecting different results—the definition of insanity. My first go-round of the Cosmic Blague was in exploration of the Sabian Symbols. I will link to those former posts corresponding to the degree-point on the astrological wheel for each day; but I’m not going to get into to that. I hope the remain helpful—you’ll tell me—but I can’t go back and read them at this juncture. I must be all forward movement. Though I do think the title of today’s Sabian Symbol does match that sentiment.

Trump won the presidency a few short hours ago. I have moved from shock to a sort of quiet resolve not to watch any cable news—I will watch Judy Woodruff on PBS and that’s about it. I’ve not just had enough of the constant news coming from the television screen or the screen on which I’m currently typing this. I’m in a sense tired of my own blind optimism, not just on a grand scale, but in my own life as well. As I type this I am awaiting responses from a number of emails from “friends and colleagues” who are keeping me in a holding pattern. And with this sentence I release them. And the next: Anybody whom I empowered with decision making over any subsequent next moves in my life is hereby absolved of that responsibility. I’m doing it for myself. And I’m chasing noone.

I feel for Hillary. I feel for Bernie. I feel for Stella. I feel for anyone like myself who invested time and energy and upper-case Hope in an outcome over which we had scant control. We voted. We did our best. We lost. That’s the reality. And though the way my molecules feel newly arranged today was not of my choosing, it is so. I am not just mourning the lost of this election, I am mourning a large part of myself, whom I was, and whom I shall never be again. And for that I’m strangely thankful.

Mars entered Aquarius this morning and so we shall probably see a great deal of anger and revolt played out on large scale—in protests and demonstrations—as well as unrest and upheaval shifting to humanity at large. Paradoxically, as Americans voted narrowly for isolationism, they have thrust themselves onto the world stage, no longer safe within the bubble of some shining mansion on the hill. We are no longer a beacon. We are evidence of undereducation. Nothing romantic about it. Just the plain truth: We are two nations. Unfortunately, the other nation here all turned out to rally around a common orange cause from their rural strongholds. While much of our nation stayed at home in their cities, failing to get out the vote as they did, twice, for the now present lame duck president. But what are you going to do.

I’m certainly not going to spend a second longer than I have to feeling bad about myself or what is assuredly a sorry state of affairs. Fuck it. I’m going to go higher in my personal and would-be shared aspirations and and I’m going to sit deeper into self-reliance and purposeful solitude. I have a profession with many prongs, the first of which is helping others over hurdles via my combined talents as an expert astrologer and metaphysician and as an intuitive with powers that pass through me and to which I can claim no award—as to do so, I suspect, would dull them. And nothing makes me happier or lifts me out of a blue mood (or a would-be deep abyss) more readily than giving of myself to clients who benefit from the work I do as honorably as I might.

I am also a creative. I am an author. I am a writer of all sorts. I am also a performer and an actor, not being one and the same. I love to sing and play music and write and perform things that make people think and make them laugh. I also have other talents that I’ve used for personal and professional purposes. But I say now, with Mars in Aquarius, sneaking up on my natal Moon, that I am going to be far more selective in my work as a producer and promoter of other peoples; and far mor indulgent in arts and crafts that I do in the privacy of my home which, I’m grateful to say, has enough rooms in which I can steal myself away.

I am fortunate. I am fortunate because I made myself fortunate. I am reliant on nobody else for my peace and happiness which is why even the slightest self-destructive move can cause more devestation to me than others. I cannot phone anything in or just subsist and let weekly paychecks roll in. I have to be a warrior. And today, as the warrior Mars is in the reformational sign of Aquarius, that of new orders, I am examining what that means to me, foremost, with a tertiary glance, perhaps, at what that means for the world. I am a  warrior for myself. The path is indeed illuminated as the script of the below Sabian Symbol suggests. But it is illuminated not by blind faith. It is illuminated by my determination. I am a warrior for myself. Then for my loved ones, who are few. Then for my clients, my readers, my audience such as it is.  People say all shall be revealed. That’s great. I prefer to be the revelation. Armageddon? It only means a drawing back of the veil. The veil—the parting clouds of Iris’ rainbow over which we go, the rainbow colored veils of Salome—are endemic to the sign of Aquarius (John the Baptist being one personification of the Water Bearer). Mars rips through the veils and I say: Shred that shit up. I’m thankful for my illusions having been removed. It potentially only makes my own path clearer.

It’s been about five months since I last posted here, which is fine, as it was becoming more of a habit read: compulsion. So the break has been good. And I suppose I’ve been subconsciously waiting for impetus to post again. Today I’m meant to be focussing on a project but I am procrastinating, or rather, as I like to call it, productivating—doing something worthwhile instead of the task listed on my to-do list. But I feel I need to write my way into that project and besides something did occur a few days ago that felt like a shift on an unseen level.

It was November 4 and quite cold out. I was running errands in Boston after producing a show in Cambridge the evening before. I got into the car and Stella, knowing that I can freak out about “bugs” (though I can’t kill a fly—going out of my way to shoo them out a door), quietly said: So not a big deal and you can pull the car over, but there is a grass hopper on your arm. Great. Now, even in that moment I knew it was a benign presence—not like a tarantuala or anything—but still I wanted it off me fairly readily and did pull over and calmly exited the car and shook out my jacet whereupon a white-ish grasshopper lept for a safe landing.  I hope it was safe in any case.

So if you were to Google grasshopper symbolism you will discover what I’ve discovered, which is how this is all about good fortune, glad tidings, longevity/immortality, nobility, abundance, forward moving and thinking. It’s about intuition and heeding inner voices. Its appeal to artists is highlighted as it sings and dances, you might say. And it symbolizes connection with our Muse. I’m down for that. Apparently the grasshopper choses innovators, a tribe among which I count myself, for better or for worse (signs show that imitators are more well-heeled than innovators, generally speaking). But its all about feeling your way forward and allowing for good news, if not being it.

We think of turning a corner in life but really the corner turns us. We can stay pinioned to the past or we can leap forward, visualizing with our antennae, which can reveal far more keenly than that which our eyes can see. We cannot become stagnant. Momentum can be momentous, if we go moment to moment. The future is now…now…now. The past is a shadow of nostalgia and regret and it’s gone. It’s a singular journey, which is most challenging for someone who tends to champion others. For me, I’m afraid, this is truly over. Self-propulsion is now what’s called for. 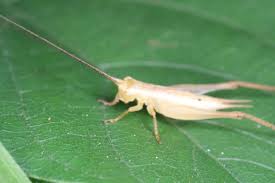 Here‘s the Sabian Symbol reading, from last year,  for this date