What happens when we receive certain revelation is that a seed is planted. At Cancer 17° we explore The Unfoldment of Multilevel Potentialities Issuing From An Original Germ, the keynote of which is the urge to actualize our birth potential. Not surprisingly, this oracle is ruled by Aquarius in a twelve-fold sequence, the sign associated with evolution, revolution and rebirth. The Waterbearer, whether the Biblical John the Baptist or the classic Hebe or Ganymede, who poured out the immortalizing nectar of the gods, embodies the emergence of new (spiritual, divine) life within us in our present state. Such should be as simple a process as germination. When I think of unfolding I think of the lotus; unfolding is a word one often hears too, in the vernacular of the Unitarian Universalists, stemming back to the American Transcendentalists.

Dane Rudhyar says, “the seed becomes the germ, just as the Tibetan student meditating silently and peacefully on the Mandala is followed by the Christian Crusader.” I understand this until the Christian bit. I think dear Dane is trying to illustrate action, in the form of the crusader, deriving from meditation; but we don’t need it and I think it’s the wrong metaphor. Unfolding isn’t the action of the crusader. Unfolding isn’t outward as he would have us think. Unfolding is still an inner process of becoming, the full expression of our being, that emanates from the same core as was struck by the meditation. An unisolatable core expressing the inexplicable. Meditation removes the obstacles, the impediments to our full unfolding. In real terms it right-sizes the molehills we make into mountains—which casts said mountains, whereupon we receive our revelation, in a whole new light. Indeed we speak of the via negativa, the negative way via which we come to revelation and change. Personally, I think it can be a pretty fun way to get there, battle scars not withstanding. 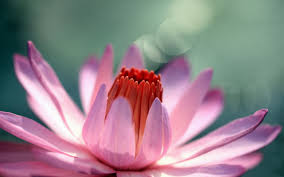 But here we are, we’ve gone to the mountain, we’ve meditated on our mandala, and something took hold in us. We asked for it. Now what? We become a different being. Aquarius works its revolutionary/evolutionary magic in us and we begin to unfold. The trick now is to do so in no half measures but the full ballerina flower petals opening display. What are we waiting for? Why not become our full potential, why not give it our all, why not achieve a certain enlightenment in this life time. We don’t make it happen, this isn’t action as Rudhyar would have us believe. Aquarius is a fixed sign. We can’t move the germ from the place it’s fixed, crucified, in the soil. We have to dig in to unfold fully, lotus-like. The via negativa may have provided us some wild times and anecdotes but also hard knocks and home truths. It wasn’t easy to climb that mountain—we had slips; and others might have used our fallen bodies as stepping stones; we might have played the role of sherpa, carrying someone’s purse, playing second fiddle to rampant egos while we considered ourselves humble, while in fact we were playing the patsy. Revelation. Screw this shit. I’m a flower, bitch. I’m a lotus. I’m unfolding. Give me room.