It’s the first day of Taurus 1°, and this date has gotten a bad rap due to one of the world’s most evil people ever being born on this day. But enough about Ryan O’Neal. I’m going to force myself to be brief today as this can be quite consuming, more The Blob than the blog. So thankfully we have a real fresh unadulterated it-is-what-it-is (don’t you loathe that expression) symbol in the form of A Clear Mountain Stream, which that cut-up Dane Rudhyar says denotes the pure, uncontaminated and spontaneous manifestation of one’s own nature. Let’s go with that. We entered Taurus. We shouldn’t have to work so hard, now, right? After all that Aries activity (cardinal-fire) we get to sit back a bit in Taurus (fixed-earth) and let said nature take its course.

A mountain stream is sculpted out of earth over time. The groove is deep, which might even be a modern way of expressing something being profoundly ingrained, as in an individual’s character, personality or, yes, nature. I am what I am. Which isn’t any different from It is what It is. Tautology. Or rather, as William Safire coined it, a tautophrase as in, a deal is a deal or boys will be boys—the repetition of an idea making it irrefutable while obscuring an evidence of the fact. Wow are we ever in Taurus. Self-evidence is all the explanation needed here. And, again, it’s pretty relaxing not to have to come up with any logical answers or justification, just letting manifestation speak for itself. Hey, let’s try that tack today—no prefacing, preambling or setting the scene. If people don’t get what we’re on about then they don’t get it. There we go again—a bit of circular logic, which I also think is emblemized in the moutain stream. Presumably it’s fed by the melting winter ice and snow, running down the hill to some warmer clime, where it will evaporate into the atmosphere, forming clouds that will rain down and ultimately freeze again at the top, only to repeat the cycle ad infinitum. That’s how it works. It’s not broken and you can’t fix it.

Rudhyar is careful to bring up the concept of their being a source, a spring. That, too seems logical, and any student of mythology knows that this is an expression (literally) of the mother goddess, the mountains being the ample breast—mata horn, Matterhorn— from whence her sustenance flows. The goddess Rhea (who took the form of the goat Amaltheia with her horn of plenty) a/k/a Cybele was the great mountain mother, her palace estate perched atop Mount Ida, her coronet a turret, a nod to her walled hilltop fortress. She is Rhea-Cronus (old Mother Time) which again nods to the slow, steady formation of the pathway for that stream, which symbolizes the “release of potentiality”. The sign of Taurus rules sustenance, Time (as a commodity, like money), and potential, latent or otherwise being expressed. And as we are at the seventh Libran point of a twelve-fold cycle, we are feeling a double whammy of Venus energy, that female planet ruling both signs, Taurus on the Earth plane, and Libra on the astral. 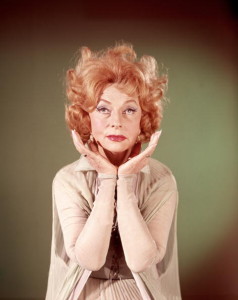 Though Taurus is the sign of the masculine Bull, it is a feminine (earth) sign; and though Libra is an inanimate sign associated nonetheless with the Lady of The Scales, it is a masculine (air) sign. We see combined in both signs, in polarized manners, the merging of these energies. Taurus is passive (fixed) or attractive, seeking union, and yet the bull will charge if provoked; Libra is active (cardinal) and yet it acts to harmonize and balance, also seeking perfect union. Here earth matter (Taurus) and light energy (Libra) are unified. We are here to employ our substance (Taurus) in service of our dharma (Libra), “right” way of living in keeping with cosmic law and order. Of course we know that matter is energy at its core; and Rudhyar stresses how this oracle also suggests the opposite being true, “energy being matter at its source;” that is to say particles I suppose.

I believe today’s symbol begs the questions: What is your undeniable nature? What is your true potential? Are you unleashing it and how? And if you’re not channeling into a mindful stream of sustenance, where is all that potential going? Today we must feel our readiness to perform whatever lifework we feel it is our dharma to endeavor and accomplish. Stella often speaks with clients of flow, a state of being whereby ones love and passion for an endeavor is equal to ones talent and ability to manifest it. When those two ingredients find union, we enter the flow state and we find ourselves working tirelessly with no concern for time nor space; it’s as if this union of elements transports us into an infinite realm in which we glimpse eternity. It is the realm of Rhea-Cronus, that grand mother archetype who has come to us, in modern times, in various forms—as Cinderella’s Fairy Godmother, as Mother Goose, even as “Bewitched”‘s own Endora, a name that connotes her enduring spirit. And really she wasn’t so bad after all; au contraire: she simply couldn’t condone anyone, let alone her own child, denying her true nature.

So think about it: Where in you do the elements of desire to perform a task and talent to do so find an enduring connection? There may be more than one point, but try to pin down the most potent one. It is at this union of energy and ability where your pure, unadulterated nature will be best expressed.