Things are getting spooky. Cue Jude Law on the High Hat: spoo-ka-key, spoo-ka-key. This morning I woke wanting to tell you a story that involved dreams and psychic premonitions but I thought, too soon: I just yesterday related a tale from the road paved with synchronicity and I should spread this shite out. But then, I read what today’s Sabian Symbol was and I am now compelled to relate my story. Today, at Aries 26° we see A Man Possessed Of More Gifts Than He Can Hold which is sort of the shadow side of the oracles of the past few days. For today, the potentiality might be too great. And indeed our minds are often confronted with an as yet unexperienced type of potency around which we can’t quite yet get our conscious noggins. We might get caught up, carried away by this power. And Dane Rudhyar boldly italicizes the fact that today’s energetic message is: a warning against undertaking more than it is as yet safe and sound to attempt. So here’s my story and we’ll circle back to the oracle:

Just blocks from where I now find myself in Boston is the Hotel Eliot where we had always stayed, for over a decade, whenever we would come to town. In fact the suites there remain the model in my mind for the perfect pied à terre (plus a small separate kitchen), something for which I’m always on the lookout in any of the several cities of the world I fancy living. I think it was the winter of 2004-5, we were staying in town overnight and I had a dream that was seemingly banal but very vivid and thankfully I verbalized it in the morning to Stella or else I would have been stuck in my own head with this happening. I told her upon waking that I had a dream of being in this underground parking lot and there was a small dark indigenous looking man washing a wall with a fire house and that he tried to speak to me but then I woke up. I might have even brought the dream up in context of an ongoing most-boring-dream contest we had with each other and some close English friends, one of whom had a dream she was vacuuming; I had once had a most boring dream that I was sleeping and not dreaming. Think about it.

Anyway, we decided we’d take in a movie after checking out. I believe it was Wes Anderson’s The Life Aquatic With Steve Zissou, which was playing in Kendall Square which is a very open, unpopulated part of Cambridge, especially in winter, characterized by renovated old warehouse buildings and sparkling new hotels and office buildings. It sort of reminds me of some of downtown Los Angeles. When we got to the theater, which was part of a sort of building complex, it became clear that we didn’t have to find street parking it was provided and we followed the blue P sign. This started leading us down an incline and I got a flash. And then we went over a pretty remarkable bump for which there was no warning, and I turned round to look at what we had run over and it was a meaty fire hose. I immediately broke out in a cold sweat and my heart started racing and I desperately blurted out in rapid-fire machine-gun style: this is the dream; when we get to where we’re parking we will see a small, dark man hosing down a wall and he’s going to want to talk to me and I can’t, I just can’t. “Calm down,” came the response; but I was already in full on panic-attack mode as we circled, down and down, going over another bump. As we turned the corner we saw the doors marked elevator to theater and to our right, for some inexplicable reason, in the middle of winter, the temperatures well below freezing, there was the tiny dark native of somewhere looking man blasting a wall with a  fire hose. As we passed I heard the water turn off. And I repeated: he’s going to want to talk to me we have to get out and just walk really, really fast to the elevator. We parked, and slammed the doors and bee-lined and, of course, after us came the compelling voice in broken English: “Hello, excuse me, please, excuse me, sir, please, hello.” 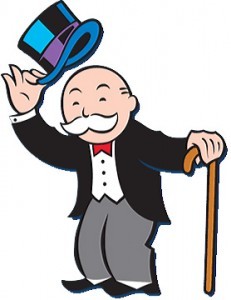 No effing way. That’s all I could think. Whatever he has to say (for some reason) I do not want to hear it. Move, move, move. I can still see him coming towards us as the elevator doors shut. Now, needless to say I was shaken. First of all, I had never had so vivid or so ridiculously immediate a manifestation of a prophetic dream of this nature. I laughed the dream off as being a contestant for most boring but the moment I knew, upon entering that parking lot, that the dream was being born out in reality it did not exhilarate me, it freaked me the ef out. And yet, I have to say, that this trip to Boston, and we talk about this, ushered in a spate of pretty bad misfortune that lasted more than a few years. As these things go, this period was character building but I still say: we didn’t need it. Regarding the little man so desperately needing to tell me something: I’ve had to live with the fact that I didn’t let him. Sure, at first, it was a very great relief because my instinct was Run. So I felt as if I had dodged a bullet; for awhile. Then it slowly crept in: What if he was trying to tell me something helpful, useful—what if he was trying to warn me about some horrible things on the horizon; and would it have helped to know about them?

I have a mystic friend called Margaret. She douses. That is to say she has a special talisman on a chain that she swings over you via which she reads your energies and removes any unwanted, shall we say, entities. The first thing she told me was that…hmm, I hesitate to write this for some reason…how to say: I have a positive entity that watches out for me and helps clear my path, energetically. She said he was an Indian man with a certain weapon which made me think American Indian for some reason. I never asked which. But then I wondered, sometime later, after the dream cum parking lot incident if she didn’t mean a man from India; because, though I refused to really take a good look at him, it is very possible that the man with the big hose (ha, ha) was Indian and therefore most directly analogous to my description of the dream man being indigenous. I’ll never know. And as the decade marched forward I came to actually regret not stopping and heeding what this creature had to say. I probably would welcome the experience now. But I’m not the same person I was then. And that’s the point. So yes maybe he was going to issue a warning and that’s why today’s oracle seems apt, but I suddenly have another theory.

My feeling as gives rise to my belief, upon reading the energy of this Sabian Symbol, is that the entire experience, not simply what the man may or may not had to say, was the warning. And my gut now says it was right that I ran. I wasn’t equipped to handle whatever knowledge or power was going to be imparted—I was not equipped to have my dream of prophesy fully born out. I couldn’t have handled that. It would have been too much. So for the first time in nearly a decade I don’t regret not stopping to listen. I believe I did the exact correct thing. It would have blown my own cosmic circuits perhaps. I didn’t want to know that I possessed such a power. I was scared. And fear can be a great guide. I recognize that over the last decade I’ve slowly accepted that I have certain gifts and I’ve explored them gradually and in a way that has, with a few exceptions, been comfortable and not crazy making. Remember, I had that experience with the superhuman strength and the Sherlock Holmes-like blueprints appearing in my mind, mathematically outlining every physics possibility to every action, back in 1987. That was too much a break with reality as we know it (though it opened me up to other realities) for my tender mind and body at that time. There is a monstrous manifestation of unseen power that can threaten to undo us lest we learn to harness said power in such a way that folds it into our present reality, gently, like whipped egg-whites into batter.

Rudhyar says: “The mind which finds itself confronted with a totally unfamiliar and as yet unexperienced type of potency finds it difficult at first to adjust to its new world of perception and possibilities of action. He may rush ahead excitedly and lose his bearings. He should try to reach a state of calm watchfulness, and to learn that at this level too there are limits and restrictions, i.e. laws expressing this new type of “order.”

Needless to say I wasn’t in a state of “calm watchfulness” that winter day in question. I mean WTF? who hoses down a wall in freezing weather and why did that man want to talk to me, specifically, so urgently. At that point I had major limits and restrictions and today’s oracle has helped me understand that this was probably a good thing. I don’t think it was safe (for me at that time) to hear what the little man had to say. I’ve encountered little men before, I might add. One of whom spoke in tongues, but that’s another story for another day. Meanwhile, I can’t help think of the little man in the top hat in J.D. Salinger’s Raise High The Roof Beam, Carpenters, as he does suggest a mystical presence which wouldn’t have been lost on Buddy or any of the “Wise Child” Glass children. I know it’s not unusual or a even un-pompous to relate, as I did as a young teen, to members of Salinger’s fictitious family. In my youth I fancied myself something of a Zooey who, despite being one of the brood, embodied a certain skepticism which I now realize was his assured way of hanging onto present reality in a world, and in a family, in which those around him were forever shifting the “limits and restrictions” thereupon. I’ve become less the Zooey as I’ve gotten older and am more the Buddy now, a character, I feel, who operates from that vantage point of “calm watchfulness.” Let us all take a page from Buddy’s book today. Let us be the observer. Let us not leap at opportunities to bite off more power than our fragile psyches can handle,

You Better Believe It