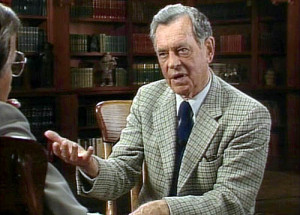 As we enter the sign of Taurus:
Stella and I are, for the most part humanistic astrologers, and there are about 80 documentable forms of astrology. We practice, we have a private practice whereby clients come to see us. That is our day job. And, as humanistic astrologers we treat the whole person, pointing out their patterns, their pitfalls and their superpowers as outlined by their natal charts. And we look at other charts to. Each individual’s chart is unique, and the way the planets in the various signs and houses operate and interact with each other is unique. Even identical twins with nearly the same chart will express vast difference based on the nuances and the polarizations they embody with each signature in their charts. The Sun is just one planet, we just all know in what sign the Sun lies in our charts, because it’s our Sun sign, determined by time of year. But we all have all the planets somewhere in our charts which are made up of the entire wheel of the Zodiac. We all have all the signs and astrological signs and houses in us. We are all made up of these twelve slices like a pie. People are pies.

But let’s get back to just our Sun signs for a second. When we write our books on astrology, Sextrology being our major work to date, we are dealing with Sun sign astrology which, though general, allowed for far more specificity than had ever been explored or recorded on the subject. For starters, Stella and I had always maintained that men and women of the same sign were actually different signs or sub signs—that they draw on different archetypes. This was something we bonded over when we first met. We both had astrologers and metaphysicians in our families, so when we met at nineteen, yes we met at nineteen, astrology was something we shared and it became first an ongoing conversation than a shared profession. And so we set about looking deeper into these gender signs, male and female, twenty-four instead of twelve, and that became the main thrust of Sextrology, sex as in gender, first and foremost, sexuality being a close and important second. And of course the archetypes further break down according to gay and straight and bi and trans, and the Zodiac, that pictograph of images inextricably linked to the profound richness and multiplicity of myth, led the way. The more we meditated on that mandala, the more it revealed and it continues to do so, and shall, we imagine, long after we’re gone, by others who would take up that baton.

Carl Jung of course was big into archetype and astrology and we are of course fascinated by the esoteric, not so much the occult, per se, that’s probably more the domain of other colleagues of ours. There is a school of astrology called Esoteric Astrology, one of those 80 brands, and it makes its way into our work. Whereas humanistic astrology treats the person here and now, in time and space; esoteric astrology treats the soul, on its journey, through many lifetimes; reincarnation being more accepted a phenomena than not on this planet. Even Joseph Campbell, the great scholar of myth and comparative religion who always reminded me of Snagglepuss, he had plans to tackle the subject of astrology, next, and then unfortunately, he died. Surely he would have legitimized the subject in a way others haven’t been able to do. We try of course. Okay so back to Sun sign astrology: The Sun placement in our charts really is of prime importance. So, although Sun sign astrology is general in the sense that a twelfth of the population, or thereabouts is born under your sign, it doesn’t take away from the fact that the Sun placement in your chart is most concerned with identity and, we say, the hero you’re becoming. Campbell’s famous book was called Hero With A Thousand Faces; well we know from astrology that there are at least twenty four main ones; and actually as man faces as there are or ever have been people alive in the history of life. But that’s a bit heady. The point our own Sun sign determines our primary archetype, the main cosmic energy that we embody. What is an archetype? It is most often an personification of an energy. That’s what the classic gods and goddesses, of which there are thousands, and all the saints and devis and angels and devils in all the world’s religions and spiritual systems really are. Personifications of energy. And guess what so are we. So are we. We are living-breathing representations of the universal cosmic energy, channeled through the Kaleidoscope lens of our own solar system, from our geo-centric, that is to say Earth-centric perspective right down to the country, the city, the town, the hospital, the bed, or back of the taxi, in which we were born. We are the end result of the stars projects down onto the planet in a spark of life. Not to mention the fact that we are physically made up of the exact same stuff as are those infinite stars. We literally are made of star-stuff. We are star dust. And we are golden. And, today, especially, we are going to get back to the garden—that Edenic metaphorical landscape which the sign of Taurus expresses.