As Best I Can 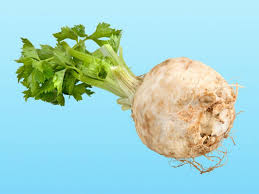 Another weird night of sleep with blocks of hours staring at the ceiling. We are ticking off the days in this fortnight from the last moments when we could have been infected. I made a menu which I hope will last for the next ten days. This way we can avoid interaction as much as possible with the outside world. In the meantime I will wash my latex gloves (not a sentence I ever expected to write). I heard back on the branding project and will invoice that today. I will get to the bank and mechanics today after I assess the state of my ancient vehicle. I will make a celeriac soup for dinner tonight, after some caviar omelets with avocado vinaigrette for lunch. I need to order more wood which means contacting the farmer to move stones he has in the way of vehicle pulling in. I will make hot drinks. I will binge watch Curb Your Enthusiasm and read my book. I will gather all the materials for the branding project. I will isolate and hope for outcomes of positive introspection. I will do my best to understand. I wrote to DD. I will not get a response. I am lucky that I am in a sparsely populated place. I will still need to get some answers and to pose some questions. I am realizing that I have a great deal of material for another project I can propose and I may do exactly that. I reached out for times to speak to the television writer and have some templates regarding podcast pitches to take a look at. I will read the worldometer.

The following blocks of texs are exceprts from my first year of  Blagues, nos. 21-25. I am reading through all my Blagues, five per day, and posting some samples here. Now, in my sixth year of writing this Blague, but the time I get to my seventh, I will have through all the daily Blagues of my first five years. If that’s confusing I apologize:

Upon arriving in America for the first time and asked by journalists what she thought the most important thing in life was, Madame De Gaulle said “Happiness”. Now remember, she was French, with a very thick accent, and she would have pronounced the word with a silent H.; so, you can imagine what those journalists thought she was actually answering…

The motto “I believe” belongs to the sign of Pisces, the womb-tomb of the zodiacal twelfth house of non-material “spiritual” existence. From that womb we emerge again into Aries, whose motto is “I am.” So too does manifestation, existence ascend from the vaporous mists rising off Pisces’ primordial soup. Belief and Imagination are as interwoven as that of the sign’s Fish. Belief is the knowledge than anything you imagine can be made manifest, no matter how impossible it might seem. We never lose our ability to experience life at the pure energetic, non-material or “spiritual” level, but our facility in doing so is immediately bred out of us at birth. So to fire on both cylinders, living a terrestrial and spiritual life at once, we must acknowledge and claim this dormant ability in us. Sometimes we are called to do so. Perhaps yesterday’s cornucopia shaped curtains were something of a calling.

I’m not talking about religious life here. I’m speaking of experiencing life on the level of pure belief, imagination and magic. To understand the world as both a physical place set like a gem in time, and also as wholly energetic experience that is beyond time and space. So many great scientists, let alone mystics—although I’m always most interested in those in whom the twain shall meet—have meditated or stared into space or at a dirty wall to “come up” with their greatest ideas, theories or breakthroughs. Come up from where? Exactly. To gain experience at two levels of being: That phrase alone implies a sort of internship or apprenticeship. We are not being asked to walk on water or turn it into wine. We might just imagine what it would take to do such things. We might only be asked to believe that such things are possible. Or to take a less Christ-y tack, we might explore how science fiction of the past becomes science fact in the present. So what might we imagine, here and now, in our non-material fiction that might some day manifest as fact?

I think of the X-Men because, well, we know that we are indeed evolving and that evolution actually happens via mutation. The freak, the quirk, the deviation is what spearheads a new pathway for life to survive. The avant garde becomes the old guard. The freaky voice in the wilderness, John the Baptist, the Waterbearer (Aquarius) paves the way for the new messiah, the Jesus Fish (Pisces), who told the doubting Thomas that you have it backwards if you need to see to believe. JC was all about believing to see! And look, since we are all evolving, I’d like to believe that my personal evolution is characterized by the endowment of certain abilities in which I must believe in order to embrace, access and utilize them. If I didn’t believe in what might be deemed my own psychic abilities I sure as hell wouldn’t be able to employ them. If I didn’t believe in synchronicity as a certain synching up of these two levels of being I wouldn’t recognize and experience their astounding reassurance and, as the Cosmic Blague suggests: humor.

I have a funny story: We had written Sextrology and was promised, even shown a marketing plan that included a multi-city tour of book signings. Well just after the book came out the head of marketing quit at Harper Collins and she had fabricated this entire tour—none of the bookstores at which we had scheduled appearances had even been contacted. Being a corporation run by the devil (Rupert Murdoch) our publishers and editors made up all kinds of excuses for this and tried to sweep the whole thing under the rug. But, if you’ve met us, you’d know that doesn’t fly. After tearing the glib, smug PR and other people involved in the fictious promotional tour of our book new ones, I petitioned the publisher for a budget, which we received (it wasn’t a lot) and we launched our own mini tour that included Book Soup in LA and Booksmith in San Francisco. At Book Soup a coven of witches came to our event and bought a book for their “friend Tori” who turned out to be Tori Amos who then wrote (in her book Piece by Piece) how our book inspired the writing of her song “Goodbye Pisces” which Stella has been known to perform. But it gets weirder, which we love right?

In San Francisco we were interviewed by the Chronicle by a fantastic journalist who really understood what we were on about and wrote about us in a very respectful manner that really set the tone for other newspapers and magazines to take us and our subject seriously. Then, at Booksmith, we didn’t realize that this venerable bookseller has the tradition of making “author trading cards”; so there we were, a stack of Starsky + Cox cards, each with our picture on one side and vital statistics about us on the other. Having never been the type of boy who collected baseball cards my closest point of reference was Partridge Family cards which I did obsessively collect, as I did Wacky Packs, to whom I submitted a number of suggestions (I was already branding) some of which they actually used, though I can’t remember what they are anymore. Oh, wait, Poopsie instead of Pepsi was one!

So morning after the Booksmith event it was time to head to the airport to fly back east. And we were staying at a sister hotel to the Triton, the name of which escapes me, and they had piped in music in the rooms which you could turn down of course. We were running a bit late and Stella was downstairs dealing with checkout while I finished packing and I turned up the music for some added pace and motivation when suddenly I Woke Up in Love This Morning by The Partridge Family came blaring through the speakers. I couldn’t wait to tell Stella this had happened thinking that was the end of the synchronicity. It wasn’t. For, at the airport, through check-in and, now, at the gate I needed to hit the mensroom and who should be walking in at the same time also heading to the urinals? Well Brian Forster who played (the second) Chris on The Partridge Family of course. So as we’re peeing, I am thinking how do I say all this and not seem like a crazy person. Somehow I managed to let out two streams simultaneously, the obvious one, and one made up of short, succinct sentences that managed to hit the important points: author, Booksmith, trading cards, Partridge Family, I Woke Up in Love This Morning, now him. (Did you know that Brian Forster is Charles Dicken’s great-great-great grandson?) As we zipped he said those three magical words: “That’s So Weird”. I know!

I remembered, hey, I have my trading cards on me. Of course after washing and drying my hands and hearing how Brian lived in the Bay Area and was a race car driver and something of a techie, I handed him a Starsky + Cox trading card and said, here, as someone who collected your trading cards it would be a hoot if you take one of ours.

Okay, holy crap. I just went to Wikipedia to check to see how many great-great’s Brian is from grandfather Charles Dickens….and get this people…..TODAY is his birthday. The synchronicity continues!!!

To view the original Sabian Symbol themed 2015 Cosmic Blague corresponding to this day: Flashback! The degree pointof the Sabian Symbol may at times be one degree higher than the one listed here. The Blague portrays the starting degree of for this day ( 0°,  for instance), as I typically post in the morning, while the Sabian number corresponds to the end point (1°) of that same 0°-1° period. There are 360  degrees spread over 365/6 days per year—so they nearly, but not exactly, correlate.

Typos happen. I don’t have a proofreader. And I like to just write, post and go!
Copyright 2020 Wheel Atelier Inc. All Rights Reserved.
Get your HAUTE ASTROLOGY 2020 Weekly Horoscope ebooks by Starsky + Cox