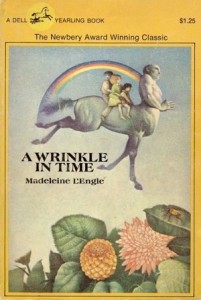 I’ve really debated, back and forth, about sharing a certain creative idea with you; and, though even now, when I felt the impetus to introduce this Blague I had already determined that I would. Then the second I started typing, well, I feel that maybe I should shelve the idea. You see it has a great title; and I’m not sure weather revealing it, in a copyrighted…so I think I’ll muse on the stars of the month—the Aries people of the planet.

Aries males are the butchest. And it’s always the Aries man show. He is great at putting it out there but it’s difficult for him to take things in. This buster can filibuster, like the fire sign he is, sucking all the air out of a room. He is the most honest of the gender signs, for shiz, and fairly brutally so. He is boss, and he’s good at it, so long as his delegates buy wholesale into his vision. Voted most likely to achieve singular goals, Aries man is shot through with adrenalin, just one of many A-words associated with Aries, along with ardour, assertion, aggression, ambition, actualization, achievement—even his biblical and mythological archetypes, Adam and Ares (Roman: Mars) do likewise.

I’ve always found much treasure in the typecasting of actors as they often get pigeon holed by virtue of the archetypes and attributes associated with their star signs. Aries women play unapologetic and unabashed. They can be at war with the world and the men what made it. They hold themselves apart, at once aloof and armored, thus, one feels, also readied for attack. They are objectifying of that which they want, which they want when they want it. What she fancies is hers by rights, it seems. She is selective after all and thus singular in her ambitions and would be conquests. She can be most selfish for love, if not in it. To connect the aliterative dots she is alert, attentive, aware, audacious, avid and avaricious. She assimilates and seeks to do so, most simply. She is strategic and employs an economy of moves, suffering no fools. She isn’t by nature sentimental, and she will people, places and things from her life, without regret. When she goes, she’s gone, to coin a phrase.

A little musing never hurt any astrology writer after all. And I suppose I am getting the cobwebs out of my creative machinery specifically designed to churn out starry notions.

Shopped Provincetown, to Perry’s, for a final hoorah of wine as tomorrow will mark day one of thirty specified alcohol-free days; so we got a bunch of cheeses and paté, and smooth arichoke, and we had Formaggio’s grill toasts, arugula and Badoit; so we watched news and had a picnic which isn’t something we normally do, but it was so much fun. We put off our big shop and just pieced together what we could. I actually love creating meals from the fewest of ingredients; to be honest I think you get the best meals that way, so I’m already eyeballing what we’ll have on the weekend, including the leftover picnic will never eat in its entirety, but…close enough.

The Youth Of America