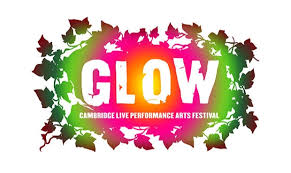 Irksome that the person who was supposed to be working on grants for us moving forward, who also expressed such enthusiasm on the subject at our hotel the other night, suddenly had a total pendulum swing and is out. I feel like the erratic behavior of our circus-peanut-in-chief is normalizing this kind of polar behavior in people who would think this parralel absurd. I don’t think it is. So now I have to either abort the plan do make a new foray or find someone else to do it. My time working on non-profit stuff is precious and it’s bad enough that there are time-wasters out there I have to deal with all the time. I don’t expect the time-wasting to be coming from inside the house. But there it is. What can I do?

So now, adding this to my plate: The question is can what began last year as a new Glow Festival be considered a new thing, each year? if it happens offsite (not in Provincetown) but, say, happens at the same venue each year at some theater in Boston. And would the artists take and the venue’s take of a split be considered “costing” Afterglow. These are the questions that need to be answered (you can skip the whole italicized bit if you like):

Using last year’s Glow Fest as an example. The hosting venue paid 40% (against a guarantee) and they took 40% for themselves of the total ticket price, leaving us just 20% for which we do all the heavy lifting. If the venue split and the artist split can be considered expenses then we easily “spend” a good chunk right there “paying” the venue and “paying” the artist. Then there is press, marketing and promotion, and administrative or “production” costs that would make up another half. Since this grant requires we pay out of pocket double what they’d be willing to give us, we have to know in advance if we can afford to do it.

This means no out of pocket at all since it’s against splits and in-house work. Again, that is IF the venue’s take and the artists’ payment, which do come out of “gross receipts” constitutes our expenses. One thus wonders if there a way to ask that question without seaming like we’re trying to get away with something, which we’re not Probably, I think the key phrase is: are what would constitute expenses incurred by our non-profit to be considered against gross ticket receipts for the event—that is to say: not necessarily out-of-pocket. I know that’s how we do our own accounting breakdowns for profit and loss each year so it is probably doable.

And then, on top of that, we can fundraise for it. Anyway, I wouldn’t do this until Spring of 2019. I’d like to find a new Boston venue for it, based on our reputation, but that brings us back to the first question: can this event happen at the same place each year and be considered a new event and qualify for this grant year on year? Or would it have to be “moveable” which has it’s own appeal. Anyway, maybe, by then, it would take hold and we wouldn’t need the grant. I want to add Emerson into the mix of places to seriously approach for your project anyway. (Once we decide on whether to do this AND we look at what the actual meat of the grant needs to be, then we can likely put it together easily (hopefully).

I realize that my using the Blague to sort out some creative ideas and logistics may be dominating a bit lately but it’s de rigeur, really, this time of year as I begin wearing an increasing number of hats. We’re in Aries, the sign of adrenalin; cardinal-fire, thus, forward spirit, that which drives, if not animates, us. And, as I crank up again, as I do, this time of year, I can feel that invisible, very physical force, rising, kinkly, within me; I put it that way because the adrenalin rush can point out places in your spiritual body where you are blocked; it might actually be quite violent when it does occur.

Quite the snowstorm but it faded by midday and we snaked our way to Formaggio for provisions, got gas on Albany St. than circled around again to the highway south, a cold snow fog, with a wee warmth beneath. Wintery weather in spring is like an annoying child or friend who knowingly kicks up a fuss or gets a few more shots in before they must part from you. I write terribly if I think to hard about it. And we’re back and the point is I truly don’t wish to be poetic; I wached Now Voyager for the twelfth time yesterday—I love Claud Rains and Paul Henried, and of course…—and I feel as resigned at Charlotte Vale, a name evoking volumes. Resigned, she was, to recovery and sacrifice, asking not for the moon, but for the stars. And, the actress, an Aries, bringing such truth and reality and ultimate wisdom, her owl eyes, to the part.