Compare And Contrast (Part One) 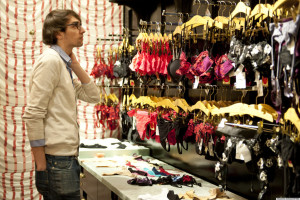 To kill a few birds with the same stone, and because there are only so many writing hours in a day, I must now start speaking to the transition from Aries to Taurus and get myself all sorts of Taurus juicy for the next Zodiac Club on April 24.

By way of contrast: Aries, cardinal-fire big bang, creation, ruled by planet Mars, symbolizing the male principle, names for the Roman war god Mars (Greek: Ares). Cardinal fire is the first cosmic energy, pure masculine force. Cardinal means initatory, all intention, incentive, impetus, drive; and fire is spirit. The masculine cardinal-fire energy is objective and directive and aggressive, befitting the spear-toting war god, and his spear toting sister the war goddess Athena, the male and female archetypes of the model-A Aries. In the biblical line, too, god creates man first, the prototypical Adam who, before the uber femme Eve came on the scene, had a first wife: Lilith, who was demonized by Judeo-Christian tradition for being as directive and objective and agressive as Adam—they were both tops.

The cardinal fire of Aries speaks to the initiatory spark of life, that big bang of all creation or any banging, big or otherwise, that results in that spark of life, ejaculation, the seed, being that spark of life, spewing from the burning spear of Mars that is found between every man’s legs; and women’s too, the clitoris being the female equivalent of that spear. And long after we blamed Lilith for not wanting to be submissive or saddled with offspring and for being in it for her own pleasure, we castrate women, clitorally, to deny them that pleasure—castration for man denies them the ability to procreate, castration for women denies them the ability to get off. Mars rules the male sex drive in both sexes, that is to say the animus in the female. Orgasm, ejaculation is all cardinal fire, the sparking of life. There’s more to cardinal-fire than that but sex is the best metaphor and makes for a spicy segue.

So that was Aries, but now we’ve entered the sign of Taurus, the second sign, and second sex, which exists in stark contrast to the first sign as its ultimate counterpoint.

Ruled by Venus, the feminine principle in the zodiac, fixed-earth, the Garden. We have moved from Aries bing-bang creation to the Garden of Eden, fixed-earth, bliss, dreamtime, the eternal bucolic and pastoral outside of Time, the original age of ignorance, no shame. The classical nymphs and flower gods who inhabit this landscape are the archetypes of the sign of Taurus.

Just as temptation is the shadow side of the innocence of the metaphorical landscape of Eden—all that innocence always leads up to the possibility of corruption—so too are all the myths of nymphs and flower gods hinged on that same brand of enticement. As the opposite energy of Mars ruled Aries directive outward objective cardinal-fire, Venus ruled Taurus energy is inviting, alluring. Think of what a flower does, it invites with it’s unseen scent, just as the female scent of any animal does, via pheromones. As, just as that cardinal firebrand of Aries, as the symbol of planet Mars suggests, signifies the red-hot poker of an erect penis or clitoris, so too does the so fixed-earth energy of Taurus, a fertile patch of earthly delights, symbolize the lush patch of soft and fertile pillowing ground that is the vagina and, by extension the sensitive bollocks of the male.

Did you ever wonder why it is that the premier feminine sign of the Zodiac is symbolized by a bull? Well first of all, it might easily be a cow, the bovine creature of either sex being a symbol of fertility, whereas the rutting ram of Aries, with its antlers, a display of masculine prowess, symbolizes virility. Bullock is the word for a castrated bull or steer, which is oddly close to the word bollock, a synonym for testicles which are a symbol of male fertility and, like a delicate flower, the most sensitive and vulnerable part of the male anatomy. Betty White, a Capricorn and thus born under the archetype of the Grand Mother, our own living fairy godmother and mother goose has a funny quote: “Why do people say ‘grow some balls’, she asks. Balls are weak and sensitive. If you want to be tough grow a vagina. Those things can take a pounding.”

There was a famous acting teacher in New York called Bill Esper and use to make his students, both men and women, breathe and speak and act from their vaginas. Now, just as Mars/Aries rules the masculine sex drive in both men and women, the animus, that is, in women; so too does Venus/Taurus rule the feminine sex drive in women and men, that is the anima in men. Again in mythology, the war god Ares/Mars will kill and fuck anything that moves; his sister counterpart Athena, the war goddess, who incidentally despises her brother, will not be fucked by anybody. Likewise, Adam and Lilith can’t stay together because Lilith will not submit—they are both tops. Well, when we get to Taurus mythology both the nature gods and goddesses, the nymphs, like Io, who took cow form, and the male flower gods—Hyacinth, Narcissus, Adonis—being the most famous among them, they are all, male or female like catch me catch me.

And just as Aries men and women are pretty much like Adam and Lilith, Ares and Athena, they want to be on top. Taurus men and women, well, I think the opposite can be said for the most part—they want to lay back and watch just how much you want them. Even the most heterosexual Taurus man will prefer to lazily kick back and be used for the stud he is, seeing what kind of a frenzy you can work yourself into, literally, over him. His penchant for wearing women’s panties aside—oh yeah that’s real too. It has nothing to do with sexuality or gender; it’s simply a matter of astrologically being born under this physical sign ruled by Venus. The straightest Taurus man will be drawn to lingerie. It’s not just the cray-cray Taurus types Dennis Rodman—it’s a turn on for most men of the sign. We can’t explain it, it’s simply one of those things.

Anyway, just as Aries people of either sex are objectifying and often in the extreme, Taurus boys and girls want to be the object of attention adoration and then some. They want to be pursued, lusted after, prized and, and worshiped. They don’t want to do the pursuing or satisfy their lust so much as see others go wild with excitement for them. Aries cardinal-fire is lust, planet Mars ruling the libido that impetus to get it on. Taurus fixed-earth is invitation and certain temptation, the law of attraction in passive action. Aries will come on strong and make it clear they may want nothing more than to fuck you. Taurus will put it out there, dangle themselves and send those pheremonic signals to love me love .

Waste Not Want Not (Mad Libs)