Happy Monday. Today’s image for Taurus 21° is A Finger Pointing To A Line In An Open Book. It’s about discerning a belief system, what, in the open book of philosophy and/or religion can you point out as being meaningful to you. We are under Gemini rule today in a twelve-fold sequence; the sign is ruled by Mercury, communication, logos, the word; it is mutable-air, information, random ideas. Today’s oracle is a bit of a bible dip, isn’t it? And we are pinpointing ideas, in that great book, to which our own response might be: “Word.”

I also think this oracle is about looking at ourselves, objectively, as an open book. And pinpointing observances on ourselves, even our mistakes or negative behavior, from which we can glean lessons that will serve us moving forward. Let me give you a for instance. I grew up with one sibling, a sister, who was perpetually mean to me. She was a mean girl, plain and simple. And despite the fact she tried to metaphorically kill me at ever turn in life growing up I was predisposed to try and find the love and to forge a relationship with her. It never worked; and to be honest I don’t know if she’s living or dead as we’ve been estranged for a dozen years or more. There came a time when I just stopped beating my head against that door, because I got hurt in the process. Every time. Now you’d think that was that. However, I’ve just recently discovered (“that I like toast”…no that’s not right) that there is a line in the open book that is me that reads: You have been projecting this relationship with your sister onto other people all throughout your life.

Ding, ding, ding, ding, ding. This thought is so simple, and the fact so obvious. And yet I missed this notion all these years. I have had a few so-called “best friends” in my life but they’ve all been some variation on my sister the mean girl and the addict. Now look, I have compassion for addicts. Who among us isn’t an addict in some form or other? But that winning combination of being mean-spirited and an addict always seemed to be the two main ingredients in those I chose as these so-called best buds. It is painful and somewhat embarrassing to admit, but there you have it. The good news is, as one grows older, the notion of having a best friend is fairly anathema to experience; and yet I think—finger pointing to yet another line in open book—I have weirdly tried to find or create best-friendships in some sort of expression of arrested development, attracted to those who put that energy out there, too; when, in fact, if an adult is doing that, they are no doubt suffering from some arrested development all their own. And I have typically attracted those who feel I’m some sort of funny, entertaining uplifting entity, if not a joker or dinner theater, a sort of personification of lexapro, as another hallmark of these would-be best-friend folk I’ve attracted is that they all turn out to be depressives. Which then sheds light on my sister’s situation: She was likely undiagnosed manic-depressive or bipolar. Just as my parents were addicts. Hello ACOA. 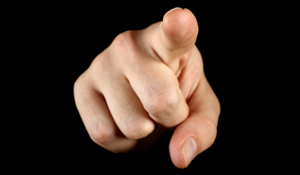 Back to the bible dipping and more universal application of this Sabian symbol: We bible dip when we seek guidance. In other words, if yesterday was about cosmic signposts or divine signatures spontaneously appearing to us, then today is about actively participating, indeed trying to ignite, some spontaneous sign from above. A little bit of this sort of thing goes a long way. We may pull a Tarot card each day and connect with it’s relevance to what’s going on inside of us. It’s typically uncanny. Or, as I’m attempting to do here on a shared level, we might look for some form of guidance that can be absorbed as a group—these symbols are meant to speak to all of us; and you will have your own personal takes on them, while we can all seek to connect on their universality. But, as Dane Rudhyar points out, and I quite agree, an overreliance on this sort of thing can be dangerous or damaging and can “lead to a schizoid state of over-subjective dependence on signs or omen”. None of us want to go there. Although, again, I tend to be a magnet for those who do. And I believe that those who over-identify with any kind of scripture or organized religion are likewise off their tree.

We should be pointing a finger, pinpointing, picking and choosing bits of different religious, philsophical or cultural information that resonates with us, and leaving the rest. This is how we build our own belief system, line by line. So here I disagree with Rudhyar who sees this is a symbol of Subservience To Collective Values; I think it is rather about the Observance and Collection of Values. Whether we are pulling out lines from books or the occasional self-help literature (over reliance on this, too, can be an illness) or consulting with Starsky + Cox or any other metaphysical practitioners or from church sermons or guided meditation or from the off message on a passing bus, we are meant to view it as winged Geminian information, bits and pieces of which should be built into something sustaining, as birds, which are ruled by this sign, would form into a secure nest. It is our belief system that will come to inform those with whom we surround ourselves intimately, immediate family and friends being ruled by Gemini just as Mercury rules the quicksilver immediacy of time with which winged information flows.