Sagittarius and the 9th astrological house are associated with fortune and opportunity. So it is little wonder that A Theatrical Representation of a Golden-Haired Goddess of Opportunity would make a showing here at 10° of the sign. But read carefully. It isn’t the goddess herself but probably a gawdy theatrical representation of her in what is a societal effort at dramatizing the greatness of what civilization has on offer the most ambitious. Better known as the carrot dangling or the brass ring placed just out of reach. Someone with a planet on this degree in their charts is likely extremely ambitious, but they are likely too materially geared. Likewise one might fight people who work in advertising to have this degree highlighed in their charts for it also deals with goading others to spend their time and energy in the pursuit of said worldly achievement. Sadly, this is what is seen as progress to most people. There is a certain propaganda involved here, forcing others to achieve (but probably for ones own gain). This sort of image shows the shadow side of the Sagittarius experience where more is more. 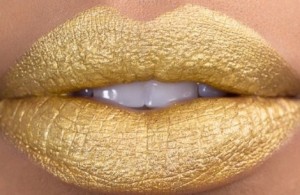 We often, in speaking with clients, hit home the fact that abundance and quantity aren’t the same thing. Not to say one shouldn’t have money or possessions—these are forms abundance can take. But if there is no true abundance at the core things will always feel empty. I have often said that “prosperity is a sustained emotion”; and that is in keeping with this oracle being ruled by Capricorn in a twelve-fold sequence; because Capricorn is faith in abundance, it is the cornucopeia, the goat horn, the container, of plenty. Capricorn, whose motto is “I use” is anti-waste. It knows when enough is enough. It has boundaries that create reserves and resevoirs, saving the bounty for the longhaul, squandering nothing. The energy of Capricorn is equipped to make the most out of the image in this oracle; for it won’t be fooled by imitation. Capricorn highlights quality over quantity and thus we see hope, and yes faith, in what might on the surface be, well, a superficial image that symbolically drives one to excess. We won’t be fooled by the representation of the golden goddess; nor will we prevent it from reminding us that she does truly exist (in us) as it is we who create our own abundance and opportunity via that sustained emotion of prosperity.

Every Step You Take