Here We Go Round

First of all, since there are 360° of the Zodiac and 365 days of the year, we have a bit of catch up to do such that the symbol for today doesn’t kick in until late this afternoon and bridges into tomorrow. And I’m so psyched that this image is super Natural, as tomorrow is Beltane, May Day. In Gaelic tradition, nearest and dearest to my heart, Beltane marked the day the cattle were driven out to summer pasture, so we see a connection to the sign of Taurus into which the holiday falls. Special bonfires are lighted on this day, providing protective power to cattle, crops and we the people. All house fires were extinguished and re-lit from these sacred fires, and there were feasts with offerings to the Aos Sí or Sidhe (remember my post about Ard Na Sidhe?), the supernatural race of beings that we call hmm-hmms in our household, who live in a parallel universe along with us. They are the spirits of the natural world and so we today and tomorrow celebrate the Taurus 11° symbol of A Woman Watering Flowers In Her Garden.

It is nowhere said that the Woman is the goddess herself, but that is my interpretation. I see her as Gaia, the personification of the Earth, nurturing her spirit children embodied in the flowers. I also think of the Samarian woman of several days ago, at her well, where she met with divinity incarnate, in the form of the Christ avatar; now she has drawn that water and is using it to cultivate her own garden. In a twelve-fold seequence, we are here under the influence of the fifth sign of Leo, and its astrological house of co-creation with god. As the fixed-fire sign, which translates to the hearth, the center of the home—Leo rules the heart, the center of the body—we are looking at the consolidation of energy and passion and it being a source of life-force for others. And, of course, we are back to those sacred Beltane fires of fertility and protection.

The consciousness of the woman “attaches itself to the wondrous efflorescence”  with a selfish kind of love, says Rudhyar. I don’t know about that, but I do know that ego and pride are hallmarks of the Leo experience, and a healthfully prideful person does tend to be invested in what she cultivates. Especially gardeners. It defines them. In that sense, the flowers symbolize the cultivation of the ego itself. And though I’m sure there is some truth and power in this interpretation, the notion of Beltane and hmm-hmms is no doubt lost on our dear Dane. I think this oracle has a far more sweeping symbolic resonance when we consider the biological beyond the animal (human) and floral forms, and consider that, just as those flowers might have individual spirits, the planet, as organism, has her own supreme godhead. And it’s up to Mother Nature to decide what or not gets cultivated. 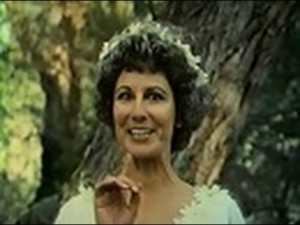 At a time when our planet is in such crisis, I cannot help but feel that Nature herself will always have the last laugh. Yes we should stop global warming and all forms of pollution not because we are killing the planet, per se, but because, I suspect, the planet will have a way of ridding itself of the causes (us) of any dis-ease. Right now we are trying the Earth, pressuring her beyond healthy boundaries; but I don’t think she is by Nature a victim; I imagine her being quite patient with us hoping we get our act together before she has no other choice but to destroy us, not the other way around. Surely, ancient agrarian cultures like my ancestral Gaels were far more reverential toward Tara, which is the name of both the Irish mother goddess and the tantric Hindu diety; not dissimilar from Terra, which is the Roman name for Gaia. (It seems to all be of a piece.) The ancients probably had no concept of being able to kill her the way we consider modern people capable of destroying the natural world. Even in our notion of saving Her, I think we take far too much pride in assuming that we might have the power to obliterate Mother Nature in the first place. Who says? Sure, we can blow ourselves up but we really would never blow up our Mother planet. We don’t have that power. She is a patient goddess, as we’ve seen, and she will continue to tend her garden, whether we’ve irradiated and/or exited it or not.

I like to think of the May pole not just as some phallic symbol helping to fertilize a new season of the Mother’s bounty. I see it as an emblem of the axis on which the Earth and we are spinning. Our dancing around it is a reconfirmation of our commitment to live life here on Her terms. She is the center of our world. We do not have dominion over her. She is waiting ever so patiently for us to come to that conclusion. She doesn’t want to wipe Her face of us. She takes pride in us as she does every flower. We are hers. To her the concept of being in the world but not of it is anathema. She is our mother. And she is cosmic. She is a body floating in outer space after all. Yes she has a heavy relationship with the Sun God, and she keeps the Moon Lady on the side. She be fierce. And we don’t want to find out just how much. And so we should strive to align, as her special guardians, to the grand Cultivation that is her inscrutable m.o.. Woe be to those who don’t give her all the props in the Universe this Beltane.