I really must take a look-see at the list of folks born on this day because today’s energetic oracle seems to be all about compassion in the its most sweeping, serving, sacrificial humanitarian form. For Taurus 10° the image is A Red Cross Nurse. We are doing more than just going inward to foster our own life and celebrate our own spirit when faced with bleak environments or circumstance outside our window: We are venturing forth into the darkness and personifying the light for others. Being a Red Cross nurse means this is volunteerism; there is no gain or the making of a livelihood. It is compassion in its purest form. There aren’t any perks here. This is true altruism. The Samarian woman of a few days hence might have met Christ but now the nurse is  the embodiment of a Christ-like nature. (The American Red Cross was founded by Clara Barton who was, incidentally, born on December 25—I don’t think that’s Christ’s actual birthday—he’s a Pisces, certainly, not a Capricorn;  but it is a fun fact.)

Just as yesterday’s Christmas tree would have been governed by Gemini in a twelve-fold sequence, it’s cozy interior and gifts for friends and family befitting that sign’s rule over ones immediate surroundings as well as intimate relations, today’s image would be ruled by the sign of Cancer, one of hope and feeling, nurture, recovery and salve, if not salvation. Cancer is ruled by Mother Moon and its realm is that of feeling. The nurse is moved not by mind but emotions to care for those in need. They are the gateway to her spirituality. So few among us are thus inclined. We don’t want to look outside if the landscape is troubling. We want to stay in doors with our decorated tree, fancy flimsy china, copper pots and decoupage ornaments. We perhaps missed the symbolism of all good gifts surrounding us; we are trapped in the trappings of our comforts, disinclined to share our abundance, but bemoaning our lack. How many of you heard, or said, that this winter was bad for your business, your bounty? I heard it most from people with more worldly goods by far than most. Poor Eve. Enough isn’t enough for some people—they think they can have it all and they can’t. Meanwhile, in fear, they cling to their candle-lit rooms and dried, dead floral arrangements, worried sick they mightn’t make another million this year. Compassion will forever be lost on them.

When I read A Red Cross Nurse I got an immediate image, which, at first, I thought was frivolous, but as I’m writing this I realize the opposite is really true. Before there was
“Downton Abbey” there was “Upstairs, Downstairs”, the former having stolen so many of it’s plots from the latter it’s not even real. UpDown as we diehard fans like to call it is a million times better than the pat confection that’s presently presented by PBS, which showed the truly original UpDown back in the day. Start from the beginning and rent every season. Any show that gets away with calling an evil German sadistic homosexual aristocrat Baron von Rimmer is aces is my book. Enough said.

Back to the nurse: In the 1973 season the character of Georgina is introduced, shades of Sybil for you “Downright Abject” fans. Georgina is played by the lovely Lesley-Anne Down and during the Great War she is swept up by compassion and becomes a Red Cross nurse, despite the fact that she comes from Upstairs. For, really, it’s far more difficult for the Upstairs set to leave their drawing-room fear-based lives of losing what they have than it is for those who’ve nothing material to squander and whose lives are already all about service. But off Georgina goes even though she is the most celebrated bright young thing of her generation, the century-old version of a dreaded Kardashian only with an I.Q. and taste. I think of the people I know sometimes and ask myself are they Up or Down. Those who were Up in modern America are often so because they were born into Down circumstances. Many of those who are Down are vehemently so, having contempt for anything Up. I think of our summer place Provincetown where the great culture war is increasingly being played out. I like to think of myself as somewhere on the staircase employing my wit. I am an equal opportunity shade magnet. The Downs can find me uppity and suspect I have some kind of trust fund. Wrong. I’m a quasi-well-traveled autodidact whose busted my ass so to work for myself. The Ups seem to worry about me and tend not to visit but rather invite me, considering their surroundings so much nicer. Meanwhile the smokey tattooed former set is typically Bennington educated and more well-heeled and cared for by parents affording their stylish love of poverty, whilst the lockjaw latter crowd with their chihuahua accessories and editorial mudrooms were my busboy a New York minute ago and have zero references beyond Lulu Guinness and “Glee”. 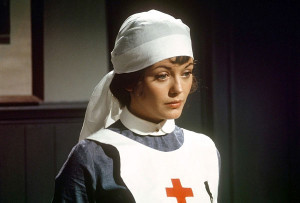 But let’s get metaphysical. Cancer, the sole cardinal-water sign, is associated with The Flood; just as Gemini, mutable-air is associated, in its shadow aspect, with overthinking, duality, consciousness of opposites that characterizes The Fall. In Gemini, we are subject to dualistic thinking—its ruler Mercury is named for the god of tricksters, liars, merchants, jugglers, thieves, basically a whole bunch of carnies—and so we see how yesterday’s symbol might leave one torn. Do we stay cozied up against the harsh outside world in our glittering world of gifts, or do we go beyond our immediate surrounds to help wash others’ cares away. In the Greek flood myth, it is the goddess Themis who saves humanity after the destruction of Zeus. She is the mother source of repair. And we take on her mantle, as did UpDown’s Georgina, when we leave the comfy world of personal attachemnt with its trumped up petty dramas, and selflessly and impersonally participate in the care of all. We become the light to the hurt and despondent and the reparation of humanity.

I do things for social and creative causes; but I have never expressed volunteerism on this most consecrated of levels. Seemingly, neither has anyone famous born on this day. So much for that theory being born out. Seriously, go look at a list of famous people born this Taurus day. There are some lovely people, but mainly its those who’ve cultivated a specific talent with nary a saint or nurse or would-be savior among them. Oh well. And anyway, for the occultists in my midst, the Red Cross mightn’t be all it’s cracked up to be. And there have been more than just conspiracy theory crackpots (who me?) who have drawn the connection between the Red Cross and the Rosy Cross or Rosicrucians, many of whom have a very sinister take on the organization, from its very origins, especially when it comes to things like blood-banking. My arms go weak just typing that. Ugh. Anyway, everything has it’s shadow side and so I offer up this wild and crazy  read by Dr. Len Horovitz which might put a spooky and cynical spin on Upstairs’ Georgina’s role in those field hospitals. “She done already done had herses.”

Here We Go Round