The sign of Capricorn would rule today’s oracle in a twelve-fold sequence. And just the first three words of the symbol for 16° Taurus, fits the bill of that sign: An Old Teacher Fails To Interest His Pupils In Traditional Knowledge. Capricorn is ruled by planet Saturn, named for the old, deposed god of the golden age. In our charts, planet Saturn is an old task-master of a teacher, the effects of which many feel in their “Saturn return,” which occurs approximately every 28 years.

Dane Rudhyar focuses on the negative aspect of this image, citing the inadequacy of past knowledge and, though that may be true, I don’t think it’s the knowledge or the teacher’s fault. I’m old enough now to feel a generational difference between my peers and the new millennials who are, in large part fantastic but, to me, have one fatal flaw: a sense of entitlement that sees them wanting to skip steps, prioritizing reward over process. I don’t blame them. They live in a fast-food world of celebrity and internet millionaires—or so they feel they do given their being pummeled incessantly by marketing machinery that has been aimed at selling personalities, as products, to them since they were born. 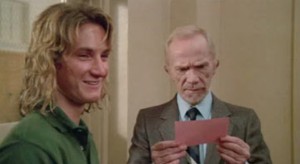 It’s not easy to sell traditional ideas to those whose heads are focussed only on their futures, no matter how bleak or empty those futures might be (without the valuable knowledge of the past). But Capricorn’s motto is I use pointing to a resource or accumulated experience to draw upon. Experience is gained over old-father Time, a nickname of Saturn’s. I often find myself selling Provincetown as “the birth place of modern American theatre” in fostering support and interest in my beloved Afterglow Festival which is a non-profit endeavor geared toward keeping (ironically) progressive performing arts alive in its spiritual home. And yet, it sometimes seems I can’t even get that notion across to the young performers I work so hard to present. Whereas artists my age express tremendous gratitude, knowing that this is not the Provincetown of the 1960s and 70s and there is no way they can be given a stage in this hypergentrified town of big-ticket entertainment, nowadays, unless someone brings them there on the wings of a non-profit, this is a fact that seems to be lost, even, on younger performers themselves who are all expectation, conditions, caveats and carve-outs. It’s crazy to my increasingly age-addled mind. Not to say they’re not polite about it. Or that part of me doesn’t applaud their acting like huge stars, as-if’ing their way to success, perhaps; but Jiminy Crickets, I wonder: what happened to earning it? I suppose that notion went out with pay phones and record stores. Again, not their fault. at the culture on which they were weened. The want to get their life and they want it now. They also seem less complexed about using whatever necessary means to do so, but that’s another essay.

It’s all very Goodbye Mr. Chips or, rather, The Prime of Miss Jean Brodie wherein the student plays assassin even to the elder teacher who is labelled overly progressive. But it will backfire on the student, ultimately; because if the teacher has failed to teach then the students have failed to learn. They have no foundation for their new ideas. No references. Unless of course they’re Capricorns—those children are born old with seemingly encyclopedic knowledge and a voracious auto-didacticism. You know who you are.

Frustration seems intrinsic in this oracle. The teacher is stymied now and the students may be thwarted later. Yesterday we saw the man braving the storm in his silk hat. He knew where he was coming from and had a jaunty sense of where he was going. Today there is the opportunity to know where we are all coming from, as a collective, on any given subject, but our mind is closed and we only want to look toward the future. We don’t want to learn from past successes or failures or to understand the present or indeed ourselves in the context of a continuum. It is foolhardy and naive to my wizened brain. And from my experience, not having a resource of knowledge to draw upon can put one at a great disadvantage. But perhaps it frees ones mind to be filled with new ideas and the impetus to move forward unencumbered by the past.