I have had the joy slash made the mistake of trying to explain to a live audience what the procession of the equinoxes entails, that which defines the Ages—we are transitioning from the Piscean to the Aquarian age—each age lasting two thousand and some odd years, such that we would work through a cycle of all the ages in about twenty-six thousand years. This is related to today’s oracle at Cancer 14° A Very Old Man Facing A Vast Dark Space To The Northeast, the keynote of which is: Fulfillment in transcending and changeless wisdom. Here, let Dane Rudhyar confuse you further:

” In occult terminology the northeast is the direction from which spiritual-cosmic forces enter the Earth-sphere. This is probably because the polar axis of the Earth is inclined by some 23 degrees away from the exact perpendicular to the plane of its orbit. Thus the actual pole of our globe not only differs from the permanent pole of the Earth’s orbit, but constantly changes its direction, successively pointing to several large “circumpolar” stars during the so-called processional cycle (or “tropical year,” or Great Polar Cycle), which lasts somewhat less than 26,000 years. Because of this inclination of the polar axis, we have the phenomenon of seasonal change. Supposedly during the early Golden Age no such change occurred; a “perpetual spring” reigned. This is the (traditionally) spiritual state.”

You’ve heard some astrolgists, and detractors of the art, tell you how we are no longer aligned with certain signs at certain times, or that there is some thirteenth sign. Well that’s true, in a sense, for a time. But we are not concerned with the post-it notes of the constellations (which due change over the 26,000 years only to return to their original position) but the energies they are meant to mark which are immutable. The point is that even our system of the zodiac is in a state of circular motion, but it isn’t, I assure in a state of flux. Seen from outside time and space, the particular shifts are rather insignificant, give a take a few 26,000 years.

The Old Man knows this. He comes from that spiritual state of perpetual spring, just like the mythical Saturn, whose son Zeus overthrew him, ruler the Golden Age, before duality or duplicity entered into existence. In simple terms, the wise old man is an archetypal figure inherent in all mythologies, as, it is meant to be, in life. He is faces true north not that which is subject even to cosmic reorientation—that there is something even more permanent, essential and immutable than the movement of the planets or stars. This is the vast dark space he faces. It is no surprise, thus, that this symbol is ruled by Scorpio in a twelve-fold sequence. In contrast to the previous sign of Libra (Light), Scorpio is Darkness but we must explore the paradoxical nature of this dichotomy just as we look at the obvious meanings in the polarity: Libra can be the world of appearances, thus illusory, whilst Scorpio can point to the unseen, mysterious but essential and inalienable. Scorpio is ruled by Pluto god of death and god of riches, the lord of the underworld which is at once abyssmal and yet where the worlds riches (gems) are buried. The “dark space” might be thought of as death, whilst Scorpio and it’s 8th astrological house speak in terms of regeneration, rebirth, reincarnation, cycles, upon cycles. Even the number 8, mysterious like the mystic eight ball, forms the shape of the lemniscate, a symbol for infinity, endlessly looping. So the “vast dark space” isn’t, in this vernacular, a void, emptiness, but something where truth and meaning are revealed, at least, to the wise who cast their case their or “face” the unknown so it might be knowable.

Scientific discussions on dark matter not withstanding, we do know that the opposite of a star that burns brightly, becoming a supernova, before it dies and becomes a black hole, is one and the same, thus with that void. Ultimate light and ultimate darkness being two incarnations of that same stellar experience. It’s the same with us. We may burn brightly as stars in our world but we rarely gain wisdom in doing so. If anything the wisdom comes when we are not squinting in the limelight but on the other side of our shiningest moments, when we are facing down our own fears or void or what have you. Rudhyar speaks of “that apparent Darkness which is an intense Light invisible to our senses.” 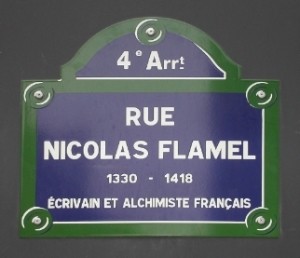 Ever since I was a child I wanted to travel north and east. Boston and New England beckoned as did the northern cities of Europe. They still do. I used to have this vision, this hope, this dream of meeting a really old man, an alchemist, someone who may have transcended the cycle of life and death. I still do. Only now I also see this figure as being one and the same with myself. If I’m on a journey toward wisdom I know that i have taken a single step on a road of infinite leaps. At the same time I’ve never felt so convinced of the fact that we either all live forever in various forms or that we reincarnate. But I’m almost certain there is no death, just as the Zodiac says, only regeneration. I feel like I’ve been having some brushes with so-called disaster as of late but what is dis-aster but the coming apart of those very stars, a symbol of ultimate fame and achievement, which we know collapse upon themselves in Time. But what do they do outside of It?

The best way to become wise is to wise up to ourselves. I find that my own patterns of so-called mistakes generally derive from my inability to transcend, oh I dunno, certain bad habits or desires the indulgence of which only ever seem to cause me more pain than joy, even if the goal was pleasure, or indeed, especially so. So what I’m thinking is that you have to transcend first. You don’t achieve transcendence just be sitting around hoping and wishing, and certainly not by indulging in all the temptation that the limelight might bring you. Transcendence isn’t the end, it’s the means by which it breeds itself. I can have my vision of some wise old man with white hair whom I might magically encounter in some northern European city, an alchemist who will take me under his wing and impart all the wisdom I might be able to take in. Or I can be that man myself and, like any true alchemist “get the lead out” in my own journey toward true north, the true light hiding in all the density of darkness.