Whenever I see the word banquet, I immediately think of the sign of Sagittarius. The outsized Auntie Mame, for instance, with her “life is a banquet” delcaration is the very emblem of the (female) Sagitarrian psyche that sees the world as an abundant place, and we’ve employed the fictional(ized) Mame Dennis as an archetype of the sign. So when I awake to find that the oracle for today at Cancer 15, ruled, in a twelve-fold sequence, by Sagittarius, is: In A Sumptuous Dining Hall Guests Relax After Partaking Of A Huge Banquet, it provides a small sense of divine order and faith in my imposing this twelve-fold overlay. It is an image of certain substantial fulfillment which, perhaps ironically, comes on the heels of yesterday’s image of a very old man staring down a vast darkness.

I have always been curious how the sign of Sagittarius, whose symbol is the third-eyed shape-shifting centaur-sage, is associated with material wealth, being ruled by over-the-top planet Jupiter. Grandeur and delusions thereof. What I’ve always cited was a sort of reverse snobbery; as if material abundance, in the form of wealth, was to be pooh-poohed in the larger scope of plenitude. Why? Abundance is abundance, no matter on which metaphysical plane it might manifest. Billionaires like Warren Buffett (whose name is akin to buffet) or J.K. Rowling or many others who take great pains to transform their material bounty into the morally uplifiting or spiritual sort is proof in the pudding that abundance, in the form of a bankroll, can be a mighty means for proliferating plenty on every human level.

Maybe this is what stems from gazing into that vast darkness of yesterday. It strikes me now that that image was also one of pure meditation. And what might have been gleaned in mediation was the sense that the universe, which is expanding (Jupiter energy), is essentially abundant. So what can a(n also) mere mortal do but try to echo that spiritual abundance in the material world. This is where that reverse snobbery comes in: Some look down on those who live abundantly and, yes, of course there is conspicuous consumption and waste (the shadow side of the Sagittarian experience, which is why it is followed by Saturn-ruled Capricorn, the energy of conservation, to reel in that glut); but I find, in my own experience, that those who go out of their way to deride the haves are those who have a have-not mentality, don’t see the world as naturally abundant and who, given half the chance, would be the greediest of gluttons if their poverty flipped to the opposite polarity. 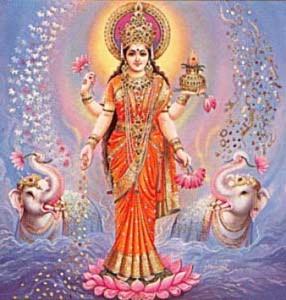 Yes I understand the evils of gentrification. I fight it every day in my own experience. But I also believe that abundance in any form is not only not an evil, I think it is all our birthright. And I believe it begins on the spiritual plane. We must see with our Sagittarian third eye that the universe is bountiful. The rich douche-bag for whom nothing is ever enough—all of us have a Mr. Potter, from It’s A Wonderful Life, in our own. That person is the poor sucker who is starving to death even though his own bankroll could strangle a bull. Why? Because he can’t enjoy what he has. Why? Because he can’t share it. Why? Because he doesn’t see himself as an agent or vehicle for the bounty. The buck, literally, stops there. Oh he might pretend to share, but there will be strings attached. How many of us can do what our friend J.K. Rowling does and not only give so much money away but work tirelessly in charitable endeavors, helping the disenfranchised and underprivileged and forgotten, sharing the wealth so that more of us might come to see that not only is the world an abundant place but we are the catalysts and conduits thereof.

The banquet is metaphoric. But can also be real and that’s okay too. So long as everyone goes home with a doggy bag.