Only You Can Prevent It

A Forest Fire Is Being Subdued By The Use Of Water, Chemicals And Sheer Muscular Energy sounds like the thin plot of porn to me; but it’s the Sabian Symbol at 19° Aquarius. Like Smokey says, most forest fires are caused by we careless humans. And as someone who feels like he’s always putting out fires I get it when Dane Rudhyar, I’m sorry “the Rudh”, says that every individual, at least once in his lifetime, if not repeatedly (hi!), may perhaps have to face spectacular reactions to seemingly insignificant acts. I think I need to check my Moon placement because I think it must be at this degree. [Hang on I’ll be right back] Okay, nope. I have my Moon at around 2° Aquarius. I don’t know my exact time of birth because my parents didn’t give much of a flying fig. Sad but true. It made me realize I never checked the Sun Sign for my Sabian Symbol (how self-effacing am I? Jesus!) Libra 4° and it sounds very much like me. But I digress.

Careless actions causing spectacular circumstance. You’ve heard that tune before, no? The road to perdition is paved with them—I had to look up perdition after typing that to make sure I wasn’t just writing a word that sounded like what I meant but it turns out it was if not spot on then close enough. We, the fire-putter-outers, are the grown-ups here. We are the ones whose faith is tested, but we are the ones who exude Grace (I told you this was an Aquarian word!) under pressure. A nod to my Sun Sign, this symbol is ruled by Libra in a twelve-fold sequence and the sign of the Scales is all about balance, equipoise, and plain old poise. We can’t be freaked out when facing a fire; we have to calmly put it out. Would that we didn’t have to but we do. Not to say I’m not also a fire-starter—I’d be the first to admit that. We are all both except those who aren’t. The keynote of this symbol is the skill and courage necessary to bring under control the destructive potential of carelessness of karmic “visitations”. Suddenly I see Edina from Absoultely Fabulous muttering, inaudibly, what are these? (air quotes) what do you mean? (air quotes)…

“Visitations”. Well, let’s deconstruct that one shall we. Aquarius is under Uranus rule which is the planet of sudden and extreme circumstance and change. People of the sign, men especially, do seem like they are from a galaxy far away—in Sextrology the male Aquarius sign is called The Visitor; and they are an unpredictable lot who can act suddenly extreme. The love you one minute and they are nowhere to be found the next. Fickle? No that’s not the right word. They are extreme and swing like a pendulum, now you see them now you don’t. Typically they are seeking to preserve an image of themselves in other people’s eyes and when intimacy sets in, you see, they fear that others will see deeper into, if not through, them, so they often nip would-be close relationships in the bud for fear of some kind of soul exposure. But again I’m off on a tangent here….

As is typical, I point to people of a certain sun sign as illustrations of the energy of that sign—people are the most poignant example, expression (personification) of the energy of the sun. And so the sudden switches an Aquarian might make illustrate the unexpected change and mutations of the Uranian Aquarian. But to look upon sudden change, in the sense that this symbol is wont to express it, as a karmic correction, more sweeping and spectacular an effect than the cause might seem to warrant, and, moreover, as a visitation really animates, literally gives life to, the karmic retribution. What we write off as careless comes back to visit a thousand fold. While today’s oracle is really how we cope with that phenomenon. 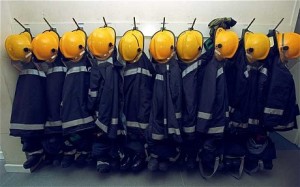 And thus this is an oracle of “Indomitability” a wonderful word that combines the the detached, unemotional energy of Aquarius with the talent and delicacy of Libra to create that perfect state of grace, in the lower-cased sense, whereby body, mind and spirit are mobilized as a metaphysical team that makes for superheroism. This requires a combined faith in self and in those superior powers we’ve been courting all along, connecting self with Self.

And Also With You