Aries rules the ages 0-7 years. In this Aries-ruled Sabian Symobl at Capricorn° we find A Five-Year-Old Child Carrying A Bag Filled With Groceries. To people of a certain age—I myself remember even buying cigarettes for my mother at a very tender age—being sent off to do a little shopping by an agoraphobic mother mightn’t seem so shocking. Today it is absolutely unheard of, here in the modern west. Rising to the occasion when asked to assume responsibilities ahead of one’s normal development is the keynote here; I suppose that might including have to pick up a drunk mother who has passed out at the kitchen table of the parents of one’s own childhood friend and having to will oneself to drive her car, with her slumped body in the passenger side, many years before one would ever even be given a driver’s permit? Yeah. Well, one does rise to the ocassion and one simply mimics the behavior one has witnessed from adults in one’s life. And when a neighbor shouts what’s wrong at seeing you drag your mother’s seemingly lifeless body from said passenger side? You simply say oh she’s not feeling very well.

Having to assume such responsibility so young does strain one’s natural capabilities. It also robs one of a childhood. Role reversal with a parent is not a comfortable thing. It can cause a pattern of “accelerated growth”; lightbulb going off: Perhaps this is why I acted out in so many “adult ways” in any case around that time. If one has a parent who is so checked out; and one spends a great deal on one’s own as a child; it follows that this child might get him or her self into some pretty adult situations, even when their normal means of transportation is a red Columbia no-speed bike with a foot brake. Oh the places you will go when you have no parental support but the opposite—how you might get back at your parents and the world by getting yourself into some sophisticated, even sordid situations. Not to say that there aren’t certain advantages to have lived during a certain time, and under a certain roof, in childhood where I didn’t really have one (a childhood that is). And I know it contributes to my disdain for helicopter parents nowadays who create little Sidharthas out their kids; still, I suppose I could have stayed a child a wee bit longer than I did. 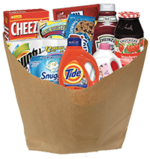 But it was the 1970s and the Disney child hero, who was already bucking the parental system by being “mischievous” sneaking out at night to solve a crime at the old so-and-so’s derelict house down the street was morphing into underage partygoers hiding their glasses of champagne for photos taken at Studio 54. To be a fast pre/teen, in every sense of that word, seemed to be rewarded by the media. To be a kid was kid stuff. Who knew that my generation would grow up to become somewhat infantilized, wistful for a childhood they never had? I haven’t succombed to that fate as readily as many of my peers who have dressed like Dennis the Menace well into their 40s. For me living fast while young was a symptom of identifying with the bright young things of the 1920s, a time when you were already married with kids by the time you hit the age of 25.

The point of all this is that here we see the sophistication and certain decadence of the sign of Capricorn merging with the energy of Aries which rules the head and the hardwiring which occurs during the human ages of 0-7. If we are hardwired with (another Capricorn word) repsonsibility, and an overage thereof, we will be be wizened before our time. I think this is what has happened to many people who are labelled old souls; I think that tag is just a euphemism for having not had any real childhood to speak of. That is the baggage, perhaps, that the child in this image is truly carrying.