We have turned the corner folks. And are now at Libra 1° in the second half of our circular journey around the cosmic wheel. Today’s oracle is ruled by Aries in a twelve-fold sequence: In A Collection of Perfect Specimens Of Many Biological Forms, A Butterfly Displays The Beauty Of Its Wings, Its Body Impaled By A Fine Dart. Quite a mouthful. The keynote expressed here, which I love is: The immortal archetypal reality that a perfect dedicated life reveals. This is very inspiring idea-wise and I’ll tell you why.

Aries rules the first astrological house of self and it’s so-called opposite (not an opposite at all) Libra rules the astrological seventh house of other. I have often spoken about how they are both houses/signs of self and that the “other” is the developed character or personality of the self, the desired software, which is often the truer self than the Aries hardware of self. And now there is a new twist turning in my pea brain. That the “other” is not just the development of character/personality but the reveal of the archetypal (truest) self. This makes perfect sense in that Libra is the only inanimate sign of the Zodiac (the Scales) and so it points to the person in the abstract (which I saw as mere character or personality but now see is also that of true archetype). And again, this makes sense because Libra is the sign of light (cardinal-air) ruled by Venus on the astral plane whose archetypes are Apollo god of light and female light-beings like Astraea, Sophia and Psyche along with oracular goddesses of prophesy, as Apollo is also god thereof, all such projections of light or psychic future understanding. Okay….

The first Sabian Symbol at Aries 1° was about differentiation of Self from an Ocean of Potentiality. Realization of Individual. Now we move along that circle where we enter into a reveal to our intuitive conscioness that which is our essential (archetypal) character. Both Aries and Libra are seed signs, Aries being the germ taking root in the Earth and Springing (with the advent of that season) to life. At this point, at Libra, we are the seed—in Sextrology we speak of Pip (meaning seed) from Dickens’ Great Expectations, being an archetype of male Libradom. At harvest all is going to seed and those seeds are taking flight into the cardinal-air, propehsying the future. Oh lord, is this ever fun. They will be frozen come Scorpio time by that fixed-water (ice) sign, but now they are taking wing, like the butterfly in this Sabian symbol. Thoughts take wing, projections, expectiations. Of course Dickens doesn’t know he’s waxing astrological by putting Pip and Great Expectations together. Just as Charles Schultz didn’t know that Linus (Apollo’s son, gifted with oracular power) waiting for his Great Pumpkin embodies that same archetype, but he does. Let’s not forget his speech come Christmas time. 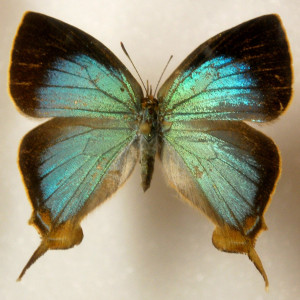 Archetypes. Thought Forms. The only abstract sign. Apollo god of abstracts—order, music, prophesy, peace, music, reason—these non-tangibles are all of a piece. We are moving from the earthy worm to the etheric butterfly, the most perfect form of metamorphosed being. In terms of symbolism, the butterfly has always represented the transcendent nature of self, the highest form and the most delicate. That etheric plane of Libra with it’s beings made of light, with gossamer wings. And in terms of what it means for all of us: It points to our transhuman nature, that which lies dormant in us, waiting to break out of the cacoon of limited consciousness. I’m ready, how about you?. We saw the initiate the other day in the boy holding the censer, and now we are becoming the adept, the perfect being.

And what of that dart through the butterfly. Well, there is certain sacrifice, crucifying ourselves, is there not?, in our becoming more perfect beings. The dart also pins that butterfly at the point where it is seen as “the perfect specimen”; making it into an archetype, as scholor of these symbols Dane Rudhyar points out. We were made perfect in the fiery crucible of Virgo, ruled by Vulcan, god of the forge, so now what? Libra is often seen as the pedestal on which perfection is judged—that Lady of the Scales, looming, blinded, therefore not judging with her physical eyes but with a psychic scanning of karmic weight. It’s easy to topple from said pedestal as we all know and all will, time and again. Thank goodness the Zodiac, like life, isn’t linear, for we cyclically get opportunities to work on our so-called perfection, something that is happening inside the cocoon of our own conscience and consciousness. I can stop there, right?