Totally Intent Upon Completing An Immediate Task, A Man Is Deaf To Any Allurement is the symbol for Virgo 30° which would be ruled by Pisces in a twelve-fold sequence. It portrays the total concentration required for reaching any spiritual goal. This marks the final symbol of the first half of the entire symbol cycle. Did you hear that? I’m halfway through my goal of chronically the entire year via these symbols. Horray. And I know it’s Math, probably, that see’s the twelfth, final Zodiacal sign of Pisces mark this end point as it will (I’m not stupid—okay I am a little) the second half of the Sabian Symbols in turn.

We started at Vernal Equinox and here we are at Autumnal Equinox, “with autumn closing in” as Van Morrison so gut-wrenchingly sung it. I’m going to quote Rudhyar here:

Through spring and summer many ways and byways have been experienced. The last message of this hemicycle of “Individualization” is that on all decisive occasions what must be done has to be done so intently that no outer voices can penetrate the mind, still less the soul. The neophyte stands at the gates of the sacred Pyramid. There is only one step he can take — ahead, or he is lost. This is the culminating step, the decision that results from a myriad of small choices. Still a shadow of hesitation can remain. Attention may be distracted from the Now by a voice from the past, glamorizing some old memory. The outer doors of perception and thought must be closed, so the soul can complete its Conquest of Illusion.

Sounds like the Fool card in the Tarot to me. Which is also fitting because that is the start of any circle. I’m beginning to get a sense of needing to meditate more on these images in the next go-round, to truly have their meanings infiltrate as opposed to just entertain them which is a natural step, I suppose. I am just getting to know these images. And trying, from time to time, to relate them to my own experience. On that note I am about to embark on several new adventures. Some travel. Fresh projects. And, yes, I have silenced the other voices, I think, finally. Now the real work begins, in effect. I don’t know what I mean by that exactly but I know that it’s true. I am looking forward to this next phase of life, or at least the year ahead, though not without some trepidation, the hesitation spoken of above. But I will not have old memories glamorized. In fact I look around and see cautionary tales of people doing that, perhaps, in an effort to cash in on some forms of nostalgia, while it only weakens the great work already done. Nay, I will stay in the now and I will let my spotted soul take as many swipes at the grand illusion as it may. Silence! 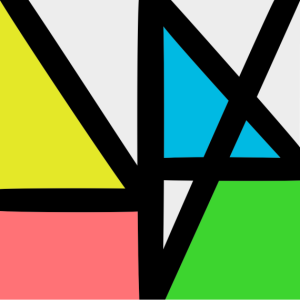