The development of skill in group situations that challenge collective goals is the keynote of the symbol at Sagittarius 6°: A Game Of Cricket. It’s funny, writing this just flashed me back to a dream I had last night. I can scarcely remember it but I remember Michael Imperioli was in it. We did an event with Michael a few years back—a pilot of a TV show that also included Joey Arias and write Paul Auster. And Michael was talking to Paul about how much he loved playing team sports and what it taught him. Funny how the mind works. Anyway it triggered my recall of the dream. I remember thinking at the time how cool team-sport playing sounded, the way Michael put it; but as a kid I was not a joiner, any athleticism I possessed channeled into individual sports. The most team playing I ever really got was tennis. But while the literal interpretation of this symbol might allude me I can understand it in the abstract, which is where I suspect it mainly “lives.”

Society, which I hear is fun to live in, is based on the interplay between groups, any given group being united by a common goal (if only at brief, given times). Somehow we are “assigned” roles (positions to play) within the group—not always to our liking I will add—and then there are all these rules you have to obey, apparently. Sure, you learn sportsmanshiop and fairness and cooperation, just as you might develop some mad personal skills, but, for someone like me, who is prone to isolation, it sounds slightly nightmare-ish. It’s no surprise this is a Sagittarian symbol—patriarchy and good ol’ boy clubs fall under the signs rulership, the grown-up version of the sign’s opposite “juvenile” Gemini’s rule over boon companions and fraternities and such. On the male side of the archetypal spectrum, Sagittarius is all about acceptance within the ruling male paradigm—the planet ruler is Jupiter, named for the chief god, whose son Dionysus, another sign archetype, is not only the only son he “accepts” as his natural successor, but he also “gave birth” to him from his thigh, the body part ruled by Sagittarius. It’s a very foreign experience to a Libra, metaphorically and metaphysically speaking. 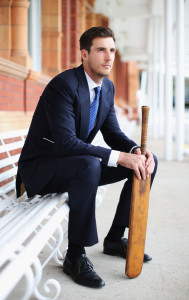 To boot this symbol would be ruled by Virgo in a twelve-fold sequence, which points to the organization and the “well oiled machine” as which a team should function. Was that a sentence? Anyway, let’s face it, cricket is a fucking boring game with too many rules and it’s very wound up and anal and, so too, quite Virgo like. I’m making friends right and left today I’m sure. But I’ve always rebelled against teams and structures and cliques and such. I don’t like to play one part or one position. Shut up. But, seriously, I don’t. As a Libra I might like balance, but I don’t care for rigidity. A Sagittarian is sure not an ordered soul, but they seek to direct all their attention and energy at specific goals. They are archers after all. I do love Sagittarians, for the most part, even though they often feel like a different species from me. I suppose wherever this degree pops up, we might see the need to bend the individual will to that of some collective goal. It’s all about developing group consciousness which, again, makes me very uncomfortable indeed, on nearly every level.