The legacy, the legacy

The Sabian Symbol for Virgo 22° would ruled by Cancer in a twelve-fold sequence: A Royal Coat of Arms Enriched With Precious Stones, the keynote of which is “the certification of aristocratic status at whatever level nobility expresses itself in culture eminence.” It’s about whether or not your are able to accept the noblesse oblige afforded you. This degree of Virgo happened on the first full night of Afterglow Festival shows this year; and I’m always torn between remaining this sort of overlord, knowing but detached and playing on the ground with the others, having some good old fashioned fun. But the energy of this sign will out and I must retain a dignified air, while not breathing some rarified form of it.

Chris Tanner’s work, Footballhead, played, I believe unbenkownst to him, on a theme punted by James Joyce in Ulysses, that of spiritual fatherhood as opposed to the actual form. From whom we descend, a notable factor in an aristocratic line, is not always literal. We are inheritors of people, like Stephen Dedalus is of Leopold Bloom of those who aren’t our natural fathers but from whom we are a spiritual chip off the old block. 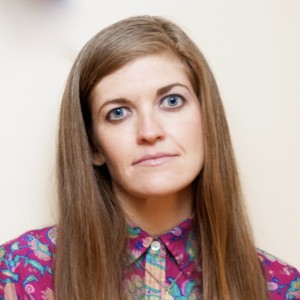 John Early, in his show, Literally Me, expressed a certain aristocratic bearing as he bore down on the cultural shenanigans of living life as a young up-and-comer in these modern times. He exhibited a certain knowingness that has in the past been reserved for those of more advanced age. He is an old soul in a young body. Not one who is floundering around but commenting, and indeed showing compassion for those who are, while finding the absolute funny in it all.

Eric Markey plays, as she always does, on themes of inheritance. Through an ironically loving lense she explores family dynamics and her placement within intimate heirarchies. Her show Deleted Scenes From Fun Home is, in itself, hysterical; and she puts herself in the place of auteur, in a sense, of this award-winning play, while poking fun at its relevance, asserting that more relevant material (hers) was that which was edited out. Erin sees herself as descending, I believe, from a long line of writer/actor/performers/singers who can pretty much do it all on a stage.

All performers must suffer a bit from a messiah complex in order to be compelling on a stage. And all spiritual “kings”—Buddha, Christ—or intermediaries like the Pope or Dalai Lama descend from a lineage of real or imagined predecessors. We all can see our noble inheritance. I used to think mine included impressarios like Ed Sullivan, with whom I share a birthday; Now I’m more inclined to think I descend from more artistic stock, moving from emcee or compare, as I do full center stage. At least that’s where I feel obliged, increasingly, to focus my nobility. To be noted that the sign of Cancer does rule bloodlines and it’s native fourth house ones inheritance, lineage and the home you come from.