Turn On Your Love Light

First of all, the last Aquarian oracle at 30° of the sign, is the longest winded Sabian Symbol of them all (thus far anyway): Deeply Rooted In The Past Of A Very Ancient Culture, A Spiritual Brotherhood In Which Many Individual Minds Are Meged Into The Glowing Light Of A Unanimous Consciousness Is Revealed To One Who Has Emerged Successfully From His Metamorphosis. Next I need to remind my three readers that these symbols were divined randomly—the clairvoyant who assigned them didn’t know to what day she was pinning them or in what order. So the fact that yesterday was about a butterfly emerging from metamorphosis and today’s is about one who has succesfully undergone his metamorphosis is more than mere coincidence. And it is the upshot symbol one might expect in the sign of Aquarius. We have merged into “unanimous consciousness”. Now we’re talking. And, though I can scarcely believe it, we have explored 330 symbols, daily, for the past eleven months and tomorrow we embark on the final journey through the final sign of Pisces. (I won’t be ending the Blague, in case you’re wondering—in fact I will likely edit these daily installments and offer them as a link or sidebar to what will be a new Blague focused more on my personal and professional experience as a showbiz sidearealist.)

Yesterday we discussed how changing your habits, routines and social sphere would be symptomatic of leading a new metamorphosized life. Today we go beyond the symptoms of that life to the penultimate payoff—coming in contact with higher forms of existence. The first thing I’m made aware of is what is holding me back from this. And I can tell you in all honesty: not being able to let go of hurts, by situations and by people, of the past. Would that I could take a pill to eradicate feelings of regret, resentment and rejection. For all my own self-professed enlightenment, which I don’t discount, and my ability to help others as I do on a daily basis, my own Achilles heal is feeling that I’m not valued or appreciated enough by others, even though I know, from an intellectual standpoint, that a) what others think of me is none of my business; b) that nothing is personal; and c) to be great is to be misunderstood, I have in many ways felt like an outsider all my life, one who is not readily invited in which I have always found ironic because, really, I’m really quite swell in my way and I am very conscious of the Golden Rule and all that. What I come up against, mainly, as an obstacle, is my incredulity at the fact that mercenary, sychophantic, social-climbing, narcisisstic, star-fucking, money-grubbing, cut-throat individuals in my midst tend to fool the world and enjoy celebrity (celebration by others) when I see nothing but mendacity and malevolence in their eyes and black hearts. Of course, If a client were to say this to me, well, first of all I would say I get you brother/sister; and that seems to be the way of the world and one of the great paradoxes: That being a good person who only seeks to help others in their ascent, rather than a not so good one that, often quite artfully and imperceptibly, walks all over others, will render that good soul rather invisible. And there may be so-called injustice in that; but the larger fact is that the pain, regret, resentment, rejection are all part and parcel of matriculation to the higher plane. To be great is to be misunderstood. Otherwise our messiahs and martyrs wouldn’t be routinely murdered. Now, I certinaly don’t need to ascend in such a way as to be laid out on some literal cross, but I can accept and carry the burden of my figurative one. Agony and ecstasy are two sides of one coin and, as the old refrain goes, “you can’t have one without the other.” 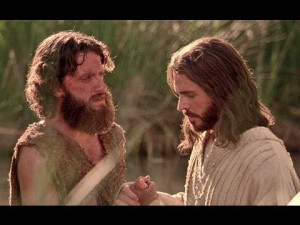 Anima means soul, so unanimity means a union thereof. There is no avoiding the more occult readings of this symbol which speaks of a Brotherhood of Light. Just as light can be seen as being made up of particles or photons, it can also be viewed, depending on perspective, as one solid whole that comes in waves. The photon is like the individual; and it is weirdly reassuring to think that we might always, likewise, retain our separateness at the same time that we ultimately merge with all other entities to create a whole, which is how light appears from a distance. Both things are true. As Virgo rules this symbol in a twelve-fold sequence I immediately think of that sign’s motto “I serve” because it immediately makes the link between the individual and something greater. In Sextrology the male and female Virgo chapters are called The Vehicle and The Vessel, respectively, both terms pointing to the individual being in service as catalyst or conduit. Stella and I speak with our clients about the importance of inter-independence as a marker of our own personal evolution in regard to our relationships; here we have the similar notion of multi-unity, a whole being made up of individual, self-sufficient, parts. We are not reliant upon others for our own light (enlightenment), it must be achieved by rooting out the darkness in ourselves—the last vestiges of which might be such pains as are given rise to by regret, resentment and rejection (why hath thou forsaken me?)—and yet that light, turned on by nobody but our individual selves, can then be merged with the light of others, the totality of which might indeed be greater than its individual parts. I truly can go on forever with this…..but….I have to go to yoga so I will stop here…but for a tiny tidbit of quasi-related in formation: If you Google Sabian (people) you will see a lot of theories on who they were and are. In modern-day southern Iraq the Sabians there are followers not of Jesus but of John the Baptist (did you know there are a number of Middle Eastern sects who opted for John not Jesus as the messiah?); I thought that would be a fitting news flash today as we leave the Aquarian sign of the Waterbearer, for which JtB is the biblical archetype and sashay into the Pisces sign of the Fish for which JC is the main man.