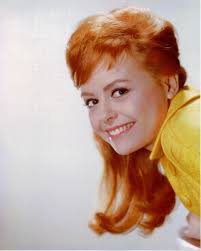 Not Debbie, Diane nor Donna

I had been to the beach once, to Seaside, New Jersey, in the summer of 1967. I can still smell my first wiff of salt and the tarry smell of the piers and boardwalk. I was three and yet this might have been the first emergence of the performer, if not specifically, the vaudevillian.

We were visiting the Latillas, one of my favorite family friends of my parents. They had three daughters—Debbie, Diane and Donna—all with bright red hair. Donna, the youngest and funniest, was a good four years older than me. Diane, who was cool and athletic with freckles was my sister’s age, and Debbie, who looked a good deal like Deborah Walley, a young starlet, one of the Gidgets, who later played the daughter Susie on The Mothers In Law, was a few years older and seemed to personify the sixties with her portable 45s record player, hairbands and flower print bikinis.

These kinds of visits were tricky because you had three girls showering me with attention which the meanspirited sibling thought should have gone to her. No chance. I was a three-year-old who held adult conversations and was up on the latest crazes in television and music. The Monkees of course topped my list of favorite “artists.” I was a big Mickey Dolenz fan because he was the funniest and seemed to sing the best. But my favorite song in the summer of 1967, hands down, was A Little Bit of Soul by The Music Explosion. The lead singer looked like a redhaired Dolenz or, more accurately, the older brother of Johnny Whitaker, who played the little boy Jody on my favorite pathos-packed television show: Family Affair.

Not only did I know every word of A Little Bit of Soul but I had invented this dance to go with it. The dance had no real moves except locking my knees and kicking my lower body into the fastest shake, as if a blender were turned on in my nether regions, and then I would do different patterns with my arms not unlike one would dance the Macarena.

The first summer of the seventies was to be our last at the Skyline Club. Things were changing. 1971 began what would be decades of summers spent in Belmar, New Jersey. In 1972 we left Jersey City for the suburbs, moving to Wyckoff, New Jersey which had one black family that were “whiter” than we were. Suddenly the vaudevillian was killed by mitosis, splitting into two completely separate entities, the barefoot beach bum and the woodsy suburbanite. At various points over the next few years they might blend together only to polarize that much more completely.

The performer had had a circle of good male friends in Jersey City, many of those who attended school with him also spending summers at Skyline. His best friend was called Mark and the performer sought to spend as much time as possible with Mark who disappeared for what seemed like an endless spell due to a bout of rheumatic fever. There were a few boys who lived in the same complex of apartments but they tended to be a bit tougher. The performer’s closest companion there had been a tomboy called Jenny with whom he formed the PDPC (the pull down pants club) meetings of which entailed hiding in the bushes and showing you mine if you show me yours.

One tough kid, a year older, who lived in the apartments was called Steven. He was wild and hyperactive and could flip over the chain link fences that enclosed the patches of grace around the buildings like a cat. The thing about Steven was that his family spent summers in Belmar. So Steven became the only Jersey City kid with whom the beach bum kept in touch and meeting up each Memorial Day became a ritual that was repeated for two decades.

Belmar had been the beach the bum’s parents had frequented in their teens, since the train ran there from Hoboken. Belmar had a fairly wide boardwark that ran the length of the town and into Spring Lake in the southerly direction ending at Sea Girt and all the way through to the end of Asbury Park at Interlaken. Spring Lake was filled with mansions, many of them empty, a seventies ghost town of former turn-of-the-century glory. There were two giant hotels, mostly empty or abadoned, one maybe called The Monmouth, the other Essex & Sussex. In the guilded age, Spring Lake was like Newport Rhode Island. The Kennedys used to stay at the E & S—the town had a big rich Irish population. And even around teenage, girls used to come from Ireland in summers to work in the hotels. And the E & S had a ball each summer. When I attended in the 80s I wore something John Cryer would have in Pretty in Pink—a tuxedo with formal white jacket paired with red converse hightops and of course i had floppy hair and one drop earring.

But back to the early seventies and the mitosis. The beach bum never wore shoes. The soles of his feet were perpetually black. He wore hooded sweatshirts and overalls with pocket tees. He went rafting—that is riding waves on those yellow and blue sided canvas rafts—for twelve hours a day till his lungs ached with water log, preventing him from breathing in, and his nipples were rubbed raw, bleeding and scabbed by the constant friction of the unforgiving fabric. He was sent to shops on Ocean Avenue for cigarettes for his mother, Carleton, Salme, True Blue 100s. He swiped them and smoked them and took quarters from her purse and played skeeball and pinball in the town’s two arcades. One was tiny and around the corner on 8th and Ocean and relatively safe; the other on 14th and Ocean was a bit dangerous, rough kids mingling with troubled teenagers, a blend of surf and drug and petty crime culture. It would ba few years until the beach bum would go there, but eventually it would happen.

In the present, now,  the beach bum is in Belize. He’s done a bit of snorkeling and saw great schools of big silver fish which practically disappeared when they faced you the were so thin. They swam up to us like dogs wanting to play and be pet. Then we closely examined the tiny underwater worlds of plant life, each its own microcosm, wherein we spied real versions of Dory and Nemo playing with their friends.