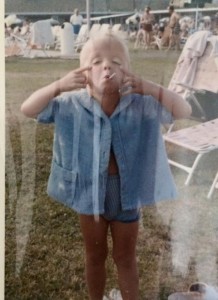 Though the Van Pelts were lovely and kind to each other, the cartoon Lucy and Linus did remind the young vaudevillian of his own relationship with his mean-spirited sister, six years his senior. And given the fact that he was the object of affection by girls chasing him, Sally Brown’s pursuit of Linus seemed to sum that up as well. Linus had great expectations like Pip in, well, Great Expectations. He believed the Great Pumpkin would appear. An idealist. He gave great speeches like that on the true meaning of Christmas. So he seemed like he might be a Libra, too, ticking so many boxes about that sign—a little cartoon oracular god. One day the notion of researching the name Linus occured and, sure enough, he is a famous Greek orator and son of the god Apollo who energetically rules Libra. So that all made sense. But Lucy truly loved Linus and would do anything for him. The performer’s mean sister needed a psychologist—stat—though one would never trust her to be one.

The vaudevillian, as mentioned, was encouraged to act and impersonate—better to sing the Baloo songs from Jungle Book than, say, the Fairy Godmother song from Cinderella. And when it came to impersonations he was urged to stick to Cagney and Bogie and even Nixon and to cut Carol Channing and Mae West from the repetoir. When the family went to Disney world around when it first opened, and the performer went on the road, taking his first flight, Newark Airport was swarming with stewardesses in signature colors and styles of their respective airlines. Later, when he saw a Courrege fashion show he flashed back to this. But now, our, say, six-year-old vaudevillian started doing comic bits, suddenly turning to follow flocks of uniformed stewardesses like one of the— thank the gods never chasing them, whistling— Marx Brothers he was more subtly emulating, much to his patriarch’s delight. And by now he had added dancing to his act of heretofore comedy, impersonations and song, stopping short at magic or hypnotism.

At the Skyline Cabana Club in Jersey City, where the all Jews, Italians, Irish, Poles, Germans and other last hold outs before the great white exodus to the suburbs would ensue, the young vaudevillian had made quite a name for himself since he joined that summer club (think Coca Cola Kid) at the age of two. His mother made sure he was completely potty trained so he could be kept in some kiddy pool somewhere, baby-sat by some pimply teen. By five, he was in Day Camp but, so deep into his characters, he couldn’t stand being with people his own age. Kids. (He would sing that song from Bye Bye Birdie, as part of his Paul Lynde impersonation.) And he would escape Day Camp any chance he got to join the ladies day-drinking and playing cards by “the big pool” trying to keep it together enough for their husbands’ arrivals post work. He was constantly being bribed back to Camp with bubble gum. It was never Bazooka which he liked but Double Bubble which tasted like chalk, so these bargains never really took.

Each camp day ended with all the groups, a few per ages five through twelve, gathering in the “Teen Shack” to eat black and white ice cream with those wooden spoons that gave your tongue splinters and to sing Skyline’s anthem and then “Day is Done” which was to the tune of Taps, which was depressing. Meanwhile on the “patio” the band, all dressed in matching maroon or navy jackets with white shirts and little black bowties would be setting up their instruments. At 5’oclock, after Taps, the vaudevillian would run to the patio, sticky with a thousand spilled Cokes, as the band began to play The Alley Cat, oh so slowly, deliberately. He would drop his little AlItalia Bag his parents got on their trip to Rome in which he kept his damp towel, bathing suit and the noseplugs he never wore and began to dance—Ba dada da da da da dada da. Ba dada da da dada—aiming literally, to beat the band. It became a thing; and the arriving Dads and slightly or not so slightly loopy Moms would circle the patio to watch Little Billy, the name he was now using professionally, cause those musicians to sweat through their shirts and into their maroon or navy jackets before they even got through the first number, because the performer was blessed with speed and agility. His true Light self would get to surface without anyone really being the wiser and it would course, unseen, through his limbs and lift him an imperceptible millimeter off the ground so that he could step and spin and clap and turn and beat that band, ultimately, at the speed of him.