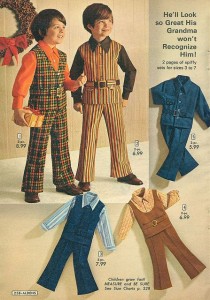 Not Quite But Almost

Visibly and vividly ashamed that Light seemed a little too much himself in his loafers, having tried to outfit him in sports-themed costumes like a footballer player, squeezing Light into jerseys, putting coal under his eyes, and slapping on a helmet so heavy Light’s wee neck could barely support it, he who had spawned what he considered the real monster could not see this Light through the trees of his own would-be shame and embarrassment. But the emergence of the new vaudevillian characeter gave the brute an idea.

We can’t teach him to throw or hit anything but we can dress him up neat and manage his new act, tailoring it in a direction that won’t further embarrass or disappoint; still it would take some doing. In the meantime, one might hang one of his drawings in the office, one of Fred or Barney or Dino; so long as it wasn’t Wilma or Betty or Pebbles. Even Bamm Bamm would be a no. And let’s never talk about the homemade paper dolls of America’s favorite prehistoric family. A yabba dabba doo too far. On the whole, though, the vaudevillian is giving us something to work with. A statement like that, delivered to Mother, would be met not with a blank but rather an inward focused stare, like someone in a trance, which, to be honest, she was for the majority of her life. Besides, she was resigned to the fact that nothing was ever up to her. She had all but lost the Light, now, but for perhaps in summer, sometimes, when she had more moments alone, needing to be stolen, always, from sister when she’d be preoccupied with friends, her relationships with which already exhibiting signs of psychological complexity and paranoia.

So gone were the Patrick Dennis rompers with matching caps which, now, at age five, are replaced with microadult garb: suits or slacks and jackets, both single and double breasted, and with solid or striped ties and shoes, both brogues and loafers, an hints of irony there being lost on the one dimensional mind of the executioner of this sudden makeover. Hair was straightened, side-parted, brushed and sprayed—”the dry look” courtesy of English Leather. This would all have been considered sophisticated and butch. The juvenile Vaudevillian did not argue but what he was told.

Somehow looking like a tiny town mayor had a funny effect—it drove the little girls at the vaudevillian’s school crazy.

The Jersey City school of the performer’s early apartment-dwelling life was about four blocks away, the last uphill. In sadistic fashion, he had be directed by his sister that he had to waituntil she reached on full bluck ahead of him before he could start walking to school himself. The girlfriends who accompanied her would steal concerned looks back at him and, given his new dry look, they were probably relieved as he seemed far less vulnerable outfitted like Nixon than he did as the boy in the tailored onsie whom one might readily call Pee Wee if, as a stranger, you saw him waiting, sad, for that one-city-block cushion against him to be established. His name was William and, when it came to cartoon characters he most loved, subconsciously identifying most with, Chilly Willy, the lost penquin who cried ice cubes when Bugs Bunny would agandon him in his quest to get back home to….”Hoboken?” (said with Mel Blanc alarm).

But the sadness soon wore off because every girl in kindergarten was in love with the little boy in the suit with the hair that never moved that smelled like they didn’t know what. Especially Simone. Simone was a tiny, gorgeous creature, an African American girl who, if she were to be cast in the act, or join the one-man-child cult, of mini adults might find herself being styled like Leslie Uggams or Barbara McNair. She was beautiful but it would have broken the spell for him to express have epressed that sentiment because Simone thought the performer was hard to get—if she only knew what was to become of him—and so she would chase him from the school, yard, down the hill all the way past Lolly’s Candy Store to the crossing guard at West Side and Audubon avenues in hopes of getting a good hug grip and landing a kiss which she actually managed to do about half the time. The performer’s costume shoes were inexpensive and used to kill his arches and by the time the bell rang at three o’clock he was nearly half crippled and couldn’t always get away fast enough.

From where he sits now he remembers for the first time ever the day Simone stopped chasing him. I think someone had a talk with her mother who had a talk with Simone because she seemed to switch from undying love to hate in a moment. But not before the day his mother got to slip in some costuming of her own in which she sent him to school without her husband’s knowledge: it was a full brown wet-look suit with a sort of snake or alligator pattern you could probably peel off, if you tried, like the finish of a bad faux snakeskin handbag. The trousers were shiny high-waisted bell bottoms, the jacket a short bomber style, fittingly paired with a white “silk” shirt that had a built-in aviator scarf at the color you could wrap around. Oh, and with a Jackson-Five style ghetto-newsie cap. Simone must have been a combination of excited and confused by the albino mini Michael Jackson (six years that child’s junior) who was born in 1958, same as Madonna and the vaudevillian’s evil sibling.