Frost-Covered Trees Against Winter Skies is today’s symbol. Given the weather here in North East, it’s barely a stretch, despite it being June. Apparently this oracle is about “the revelation of archetypal form and essential rhythm of existence”. Strangely enough, that is the very theme of our live show we’re now preparing for the Solstice on Sunday—only, you know, funnier. As if archetypes weren’t already hysterical. We have moved beyond the pruning of yesterday and what did we find? Essential energy. That which can not be created nor destroyed. We can personify archetypes as gods or saints or fairytale characters or those in literature, while we find ourselves taking on said roles in our lives all the time. That is what is immutable. What lies beneath, whether from a scientific perspective or a metaphysical one, physics or philosophy, I’m inclined to called isness. That’s right, my righteous brothers and sisters: At the essential level of existence, that which transcends time and space, everything that is always was and shall ever be—it may or may not be expanding—but it is not subject to the cycles of creation and destruction which are largely an illusion when viewed from this essential, eternal, energetic, truly existential perspective. No alarms and no surprises. Just Om. 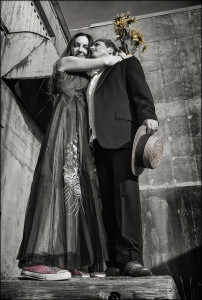 The cycles of nature, seeming creation and destruction, only ironically help us to get beyond this cyclical roll of the cosmic wheel, yin and yang, from solstice to solstice, pole to pole. For even they are like Salome’s rainbow colored seven veils being dropped to reveal the true non-material reality. Dane Rudyar says: “It is not that we experience the Buddhist’s void (sunya), but rather that we reach the essence of our individual being, the form of pure selfhood which is the structuring power underneath all external features – all that belong to the “leaf” realm. The “leaf realm”? That’s a new one on me. Allow me to Google—brb: Okay I’m back and that yielded nothing; so I’m going to take a leap and assume dear Dane is referring, simply, to the natural world. Which works for me in light of today’s oracle being ruled by pastoral Taurus in a twelve-fold sequence. Taken together I think what is being said here today is that: Communing with Nature, the natural state with its natural laws, is the best way for we humans to get near the essence of existence, eliminating all “externals”; however, what we ultimately learn is that Nature is simply a doorway, a bridge, from the external to the essential world. Enter the intersecting plotlines of humans and nature spirits in Shakespeare’s (a Taurus) A Midsummer Night’s Dream, a favorite piece of literature that Stella and I are going to have more than a little fun with this coming Sunday on the Solstice. Get your tickets to see us: STARRING at Joe’s Pub at The Public Theater, Sunday, Solstice at Seven PM.

Close To The Edit