Who Wrote The Book

In the Libra man chapter of our book Sextrology we speak of the sign as being the only one to bear an abstract symbol, the Scales, rather than that of an organic being; and you’ve heard me go on, probably, about Apollo, the god of abstracts—law, order, reason, music, poetry, light, aesthetics, and, most importantly, prophesy—being Libra’s classic male archetype from which we draw a line to such literary figures as Pip from Great Expectations; a pip being synonymous with a seed. Aries and Libra, both, being along the same axis, represent a certain seed-energy. Fiery Aries does so in quite real, spirited way, its antler-sprouting Ram symbol and its ruler Mars’ male-erectile sigil each suggesting a certain lusty proliferation; whilst Libra, being an air sign, propagates on the abstract, if not the astral plane. The sign disseminates ideas, thought forms. So, in a twelve-fold sequence, where Libra rules this Sabian symbol at 19° Gemini A Large Archaic Volume Reveals Traditional Wisdom, I’m tickled to see that Dane Rudhyar says today’s oracle is all about “seed knowledge.” He tags its keynote: Contacting the all-human planetary Mind underlying any cultural and personal mentality. And as a Libra I can dig it:

There is a connective consciousness that underscores the noise and confusion of the living of our lives on such surface levels. It’s like a membrane of light in my own mind’s eye. It’s really above the noise and confusion, but in consideration of this astral plane, there is no up or down. Metaphorically, we look upon this oracular plane as, like Apollo’s sacred Delphi, something of a chasm fixed on a sacred well or spring. Rudyar puts it thus: “Occult tradition tells us that all cyclic manifestations of the human mind have had a primordial revelatory Source,” which he upper-cases. He goes on to site “ancient books made of especially treated papyrus leaves and conveying through symbols the archetypal processes at the root of all earthly existence.” Hello? In other words, we’re seeing a deconstruction, almost, of the process of prophesy, the technique at work in it, if not the mechanics of some matrix; “through symbols.” As if to say that all that we perceive as real is really an abstract, math perhaps, an equation, a word akin to equality and equipoise, all of which evoke a balanced image of our Scales. 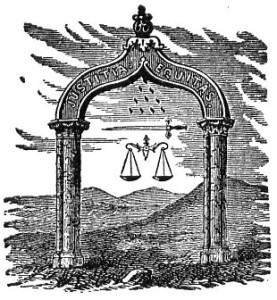 Seed-knowledge here refers to something already written in the book. Such that “coming up” with new seed-ideas and thought-forms, as we all, but especially we Libra, do is really just a matter of reading from that ancient text. That there are no new ideas, just those which have never been surfaced and flung out there, disseminated. Perhaps all prophesy is self-fulfilling or already self-fulfilled. New Thought leader (Libra) Florence Scovell Shinn said: your “word is your wand;” (Leo) Kate Bush said: “just saying it could even make it happen.” And consider the collective of human consciousness. Don’t we find that the realities we are currently living had their seed-ideas in the past when they were first introduced into the zeitgeist, flown to the wind, a floating notion with few proponents before slowly taking root over Time? Just as Aries people might undertake many tasks with zeal, exhibiting little follow through for most, Libra folk have way more ideas than they could ever pursue let alone realize. In truth, coming up with new ideas is realizing them, though they may remain largely in the abstract realm of thought, floating yet another notion: that thoughts are real if not, in a sense, alive. The inorganic nature of the Scales doesn’t necessarily suggest that which is inanimate, but rather the ability to animate that which is (perceived as) abstraction.

Rudhyar would have us read Madame Blavatsky’s Secret Doctrine, “such volumes, said to remain in the possession of certain Adepts, constitute the “exteriorization” of archetypal knowledge and wisdom. They contain the ‘seed-ideas’ from which the human mind grows…what might be called ‘seed-knowledge’, the knowledge of the structure of cyclic and cosmic manifestations of life on this planet.” I say we go with that.

Snap Out Of It