Not only does today mark the first degree of Leo, but the first sign of Aries rules this oracle in a twelve-fold sequence; which is most fitting, since, for starters the sign rules the head. For, Blood Rushes To A Man’s Head As His Vital Energies Are Mobilized Under The Spur Of Ambition is the Sabian symbol for the day, and it speaks to the fire signs of Aries, Leo and Sagittarius. Or so says the preminent scholar on these symbols, Dane Rudhyar, whom I here quote: ‘”The occult tradition speaks of three kinds of “Fire”: Electric Fire, Solar Fire and Fire by friction. The three signs of the zodiac correspond to these. Aries refers to the “descent” of spiritual energy of the Creative Word. In its material aspect we know this energy as electricity, and without electrical energy no life processes could exist. Le represents Solar Fire, the energy which is released from an integrated person, either through spontaneous radiations of apparently nuclear fors of energy, or, at the truly human and conscious level (and also superhuman in more transcendent realms, through conscious emanations (e-mana-tions, from manas meaning “mind” in Sanskrit. Sagittarius is related to the fire by friction, because all social processes are based in interpersonal relations, which imply polarization and often conflict.”‘ Thanks Dane.

I mostly concur; but I wouldn’t call Aries’ fire “electric” per se; I would say that belongs to Sagittarius—ruled by Jupiter, named for the lightening god—but I’m down with the Leo interpretation, which is being, as Shakespeare’s Henry II  said, like the Sun. Astrologically, fire symbolizes spirit. Aries is the cardinal-fire sign, so it is akin to a spark of life, the animating force. Aries people are sparkplugs, the whole of ones being, metaphysically integrated, expressing that pure energy. With the fixed-fire sign of Leo, which rules the heart, fire, life animation is kindled in the heart center, the heart being the hearth of the body; and it is channeled through the individual from the heart chakra and the solar plexus. As such Leo rules the fifth house of the Zodiac, that of “co-creation” with god, our hearts are like power stations to keep that pure spark or ignition of life burning, and from whence we share (co-creating with god) with others, and from where we power up our own passions and creations. Today’s oracle deals with the connection between the heart (Leo) and the head (Aries). Thus on this day of firsts, we let the passion fuel of our heart’s desire fuel our ambitions, projects and current quests. 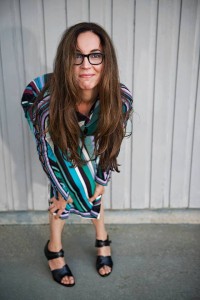 It can be a double-edged sword, as we want our passion to fuel our ambitions in so far as they are a perfect expression of unfolding creation—we want not for the ego to get in the way to color it with pride or pomposity, shadow sides of Leo energy. Leo is the king and Aries is the knight, and the knight rules here in such a way to remain vigilant—holding vigil—sacrificing the self to the will of the spirit or edicts of the heart-king as ere the twain shall meet. We can almost trust this energy of the spirit more to a vigilant mind meditating on egolessness than we can to the passionate heart from whence this fire derives. It may be too personally passionate and result in a crime of the heart without the filter of a focused mind. Sun energy can be life giving, but it can also be scorching, just as a king might nurture the realm and his subjects or make it a wasteland as a result of his tyranny. So the lesson here is to draw on our passion but to keep our mind focused on purest expression without a need for personal payoff. Our acts of creation can thus be a holy sacrifice. We all take to the world stage to make our offerings but we must do so for the sake of giving birth to our creations, not for praise or renown. We cannot be married to any desired result; indeed we must be vigilant against even the temptation of imagining such perks. Aries’ rule here keeps our conscious creations aligned with a pure biological impulse to create, astrology never distinguishing between literal offspring and that of our brainchildren. Procreation or creation are all the same in Divine Mind.

On that note come and see the great Stella Starsky in her funny and moving original show: Birth of the American Baroness, tonight! at Joe’s Pub at the Public Theater in New York City.

The Revolution Will Be Fossilized