The Revolution Will Be Fossilized

A Daughter Of The American Revolution is the image for today. It shows us how given the passage of Time (Saturn ruled Capricorn) the revolutionary spirit (Uranus ruled Capricorn) dissipates, becomes something vague or refined (Neptune rules Pisces) something fabulous, as in something of fantasy, or a bit fatuous. The ancestor of said daughter might have been a thief or a religious fanatic, let alone a rabble-rouser or revolutionary. Funny that the sons and daughters of any revolution always want the buck to stop there; they don’t want any more upheaval coming up behind them; they want to be the last stop, the new and final crème de la crème. But we needn’t speak of descendants of Mayflower voyagers vis a vis immigrant waves to understand the resonance of this.

I was just encountering something similar this morning while casting my cynical gaze upon the social landscape near at hand. Here I am, downtown New York; and when I first moved here the scene below 14th street had a sort of benign contempt for the paparazzi-driven society centered around Park Avenue. And now, our own sons and daughters of these downtown revolutionaries seem to emulate the likes of Nan Kempner and C.Z. Guest, never mind Pat and Bill Buckley. Of course the selfie-ish amongst us are now their own paparazzi for the most part. Look I’m all for self invention, but just as that daughter of the revolution might remember that her ancestor rallied against an oppressive monarchy, the artist barely surviving in their rent unstablized walk-up might recall that s/he descends from a long line of dissidents who actually created the world in which they’ve managed to thrive. We aren’t supposed to turn into some artistic aristocracy; we aren’t meant to art direct our personas to appear to belong to some sort of elite, and especially not for public consumption. 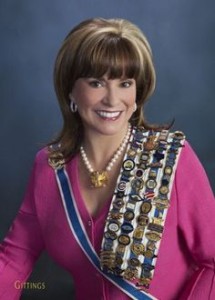 But look, this is the pattern of things. And people do tend toward the creamy and want to forget their own humble orgins, breathing more rarified air standing on the shoulders of those who came before. I suppose I’m still rather unsinkable Molly Brown about it all, preferring to preserve my own personality and allow it to change society via any power or influence gained over the course of my journey from my scrappy origins, instead of adopting the attitude and characteristics of some fabulous existing society which might now, at this point in my illustrious (as if) career, accept me. The ancestor of that daughter rebelled against the fox hunters and polo players while she and her brood would have become them. I don’t believe we need to lose our revolutionary spirit no matter how high we might rise, worldly wise. In this battle between retreating into the past and forging ahead into the future, it would seem that the past wins out.

Pisces, which rules this oracle in a twelve-fold sequence, is ruled by Neptune, the power of dissolution. So we see the dissolve of all our forward moving efforts and we thus reveal the importance of the past. However, in the dissolve, some residue remains, and this film cannot be removed. Pisces, mutable-water, is likened to mist, foam, vapor, film and any such slime, the primordial kind especially, that from which we emerged and to which we will ultimately return, each subsequent generation, whether of people or of thought or ideology (indeed everything), adding its layer of influence to that which came before. So try as you might to completely blend in, you can’t help but change the mix even ever so slightly. Some strive to leave as think and creamy a layer, distinguished from the past fossilized layers, as they possibly can