And Everywhere That Mary Went

Under The Watchful And Kind Eye Of A Chinese Servant, A Girl Fondles A Little White Lamb is the arguably the weirdest symbol yet perhaps at 21° Pisces, ruled by the sign of Gemini in a twelve-fold sequence. It’s also super synchronic, because, as Sabian scholar points out “the white lamb suggests the sign of all beginnings, Aries.” And not only does today begin the countdown to the astrological new year, starting again with 0° Aries, but I am deep into writing the show-seminar-salon for our new Zodiac Club which will be a year-long monthly event in NYC, and I was just connecting the lamb of Easter with the lamb of God with the lamb, baby Ram, of Aries.

The “Chinese servant”, I was just reading, speaks to a belief in occult tradition: that the original Chinese race was an extension of the “root race” which preceded our own—which sounds super racist to this modern metaphysician. In this vein, the Chinese servant represents the past incarnation of humanity serving a newly evolved one. The little girl and her lamb are one and the same. They are the new incarnation. If Pisces represents the womb tomb via which new life is (re-)incarnated then we might imagine that, with each individual new birth, the species as a whole is evolving, one individual at a time. That is unless you’re born into the Duck Dynasty family, no intentional nod to either ducks no dynasties in light of the Chinese-y element of this sign.

The whiteness is significant, not only in its symbolic representation of purity, but in its racist form, too, I believe. These symbols were divined at a time of pervasive racial in equality and I’m sad to think that their divination didn’t escape a certain racism. The girl is fondling her lamb. It is a very tactile image. Gemini rules the nerves and the arms and hands, befitting its rule by Mercury, named for the dexterous, nimble god with his infamous slights of hand. The duality of old and new, and the racial divide herein, the servant and master divide, all speak to the Twins own dichotomy. Children also fall under the rule of Gemini’s third house, the god Mercury never aging past adolescence, the model for Puck, Peter Pan and other figures that never grow up. Donald Trump is a Gemini of course. Oh, and a racist, so…

This symbol is all about what is to come. The turn of the cosmic wheel into the sign of sign of Aries is imminent; the new messiah, symbolized by the lamb, is always threatening return—and we are nigh on Easter when we sacrifice and serve that little lamb for din-din—and motherhood might eventually come for the little girl whose affection for the lamb presages that probability. Mainly, this is an oracle of hope which, as the old adage goes, springs eternal. And we are just now ten days away from that natural occurance of rebirth and renewal. So let us hug or slaughter a lamb, depending on whether or not your on the Paleo diet. 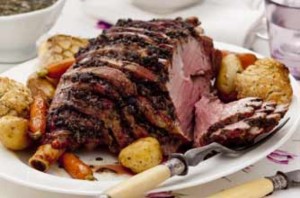 Like the symbol we found in Pisces so-called opposite sign of Virgo somewhere—the two signs are really quite alike and natural septaves of each other hinged on the like notionsof Virgo (service) and Pisces (sacrifice)—this is all very Mary had a little lamb which, in view of Jesus as the lamb of god, she most certainly did. We know what’s coming in that story: Mary must sacrifice Jesus which, in a certain light, might be seen as finishing the job that Abraham never did with Isaac, whereby a lamb was slaughtered instead. That little girl in the image might be lovingly caressing her little lamb now but, come Easter, she might be dipping it in mint jelly.

Mary and Jesus are the biblical archetypes of Pisces—the Jesus Fish plus Mary’s blue gown fringed in white is the sea fringed in foam, that frothy stuff being the primordial “mutable-water” soup from whence (we all but as myth has it) Aphrodite emerged, the foam being ejaculated, rained down from above, by Uranus from whom we derive the word urine. Aphrodite, the great sea goddess, is also called Mari. The original fish of Pisces were dolphins, the animal totems whose form Aphrodite and her son Eros would take, tied one to the other by an umbilical cord, the womb aspect of Pisces here portrayed. Eros is the oldest of the gods and yet he is also Aphrodite’s eternal babe. He is the god of Love. Eros is love, Jesus is love. Mari is Mari. God takes triplicate form, father (the oldest of the gods) and son (eternally youthful) and, originally mother that was changed to spirit. The trident of Neptune, namesake of Pisces ruler, depicts the triple god(dess). Pass that jelly.

Come And Get It