At 6° Gemini, the Sabian Symbol is Workmen Drilling For Oil and there is everything Virgo about this image, that sign ruling this symbol in a twelve-fold sequence. Not only are workmen associated with the Virgo sixth astrological house, but drilling for oil also fits the sign: The Virgin of Virgo is called Kore, the maiden-form of the Earth Mother Demeter—Kore becomes Persephone once she is “raped” by Pluto and dragged into the underworld, becoming a Chtonian figure. Virgo’s Kore holds that phallic sheaf of grain considering what to do with it. Drill, baby, drill. Kore is the core of the earth, of course, which is a molten furnace—Virgo is the mutable-earth sign—associated with the kiln and the god of the forge, Hephaestus, who was both a potter and a smithy: god of workmen.

Yesterday we discovered the need to go in, to enter a meditative, mystical state as a means of initiating transformative power. Now, we are in. Oil represents a distillation of what has decayed, what was once living organic matter transformed into something valuable, useful and multipurpose. It is a great natural resource, however, as such, it is something to war over, literally and metaphorically. We may be at war with ourselves, as suggested by yesterday’s would-be revolution brewing, and that war would be happening in the human conscience, which is again ruled by Virgo. Mercury, named for the god of the crossroads rules Gemini and Virgo—in the first case the crossroads refers to the intersection of community, the market place, merchants named for Mercury—Gemini is all about wheeling and dealing and communicating and selling, being an air sign, it is hinged on the notion of exchanging goods and information. In Virgo, the crossroads is a moral one. Kore is going to ingest that sheaf and her digestion will mete out the wheat from the chaff. We use digestion metaphorically. We need to chew on things. To digest information. Virgo rules the digestion system whereby we turn dead plants and animals into fuel for our body. This is exactly what the earth is doing in the creation of oil, liquid gold, fuel.

Hephaestus is no mere smith, he is an alchemist. And we say in Sextrology that the name Dr. Faustus derives from Hephaestus. Yes another brilliant thought buried deep in a popular astrology book with Sex in its title. If you know the tale of the good doctor he was in a pact with Beezlebub and, well, I’ll let you explore the fate of herr alchemist. The god Mercury’s staff is called the caduceous and to this day it is the emblem of the medical profession. Healing is changing the alchemy of the body for good. Health and diet are ruled by Virgo’s sixth house, along with all habits and behaviors, examplars of our moral code of conduct. Even the word conduct is a great nod to Mercury, the messenger god. Alchemists worked to turn lead into gold—and it’s the same with our liquid gold, oil, as the Earth herself is a great alchemist, our own real and moral digestive systems mirroring hers. We all have decay and bile, literal and figurative, lodged down deep in us. To be bileous or splenetic are figures of speech. They indicate the lodged decay being stuck and left untransformed, untransmuted, really, into something that fuels us. 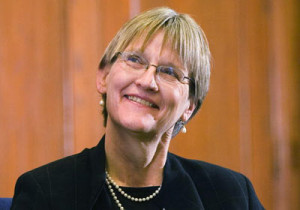 You Can’t Make This Sh*t Up: Harvard’s Dr. Faust is a Virgo, but of course!

We have regrets, even good memories that might make us so wistful as to lead to depression. We have all experienced loss. We have disappointments, resentments, maybe even revenge fantasies and active vendettas. Our happiest times, and shiningest moments of the past may be in ruins, the bittersweet feelings of which becoming lodged deep in our viscera—emotional upset manifesting physically—and it can paralyze us and weigh us down. And so we really do need to get the poisonous lead out so to be the most golden boys and girls we can be. If we accept the decay, we get the fuel to not only move forward but to transcend and soar into the stratosphere—the quintessential air sign, Libra, (light) follows that of the deepest, churning earthen sign of Virgo. No manure no magic. And the magic is real, that is to say, unlike Mercury, the trickster and jokester of Gemini’s quicksilver slights of hand, here, in Virgo, we are truly transmuting at an elemental earthly level. This is the Philosopher’s Stone. This is true immortality, the goal of our dear Dr. Faustus; and as someone who has come in contact with an alchemist in my life (I will tell that story here at some point soon), they are wondrously capable, like Compte Saint-Germain, the German alchemist, of transcending the limits of time and space and thus achieving immortality, which may be overrated, depending on what you do with it. Though I dare say that anyone who has achieved it probably has done so because they have transmuted all their leaden badness into golden goodness.

So ask yourself what it is that you have decaying inside you beside your gin-soaked livers. And then see if you can’t imagine turning all your mournings of the past into new moorings in the future, fueled by the full digestion (acceptance) of life on life’s terms and the understanding that, whether or not you achieve immortality, eternity is in every moment and energy can neither be created nor destroyed; and though you will undoubtedly end up as angel food, you will be fueling the cosmos with the new forms you take, suffused with the energy of good intention for the ultimate enlightenment of all.