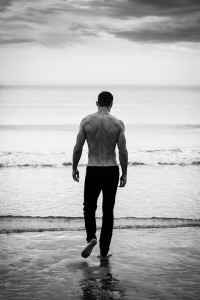 Barbara Bush was what she said of Geraldine Ferraro: “It rhymes with rich.” I know it’s de rigeur revisionism to cast the recently departed as some kind of saint. But the truth is she was in so many ways a monstrous woman and I don’t feel compelled to act or think otherwise. I am surprised her husband outlived her. Long lives, both; maybe it’s the hate that kept them alive. I think it would be naive to think he hasn’t murdered and that she didn’t know about it. Even if those you kill are faceless and nameless you still dial M.

Had a lovely meeting with our friend Tim with whom we might do a little business deal. Things to Google: Water based dichargers for printing fabric. For example there is a place called Forward printing. I would be very interested in knowing the pricing of the equipment thereof. There are so many interesting artists and graphic businesses and resaturants and so forth that might avail themselves of my printing skills. It all bolsters an argument for diversifying and sort of going into business for oneself, having a side hustle. So being both the production and the distrubition and the sales? Would be fun to price out. Just for kicks.

The truth is I am looking for a little diversity at this juncture. A side-hustle with a little substance. A way to generate some extra abundance while having fun doing it. While the larger ships come in. But I think that’s just a normal fantasy people have. Like I’ve always wanted to own a café. Will I ever actually own one? Perhaps. But it isn’t now. And I do have quite a substantial side-hustle in the festival I produce. The only thing with that is I don’t make any money, which, of course, was never the goal.

The key thing for me to do is to jettison, and yes it would be a sacrifice, things that have taken up a lot of time which no longer serve me. Moving through, today, will entail sending out another set of fundraising pleas, setting up (if not writing) two more Blagues before traveling to Boston and New York; having a draft of the letter to send to speaker’s bureaus, outlining the next six months in terms of what is happening when, speeding through making some notes for next year’s books’ intros, getting a draft of a contract together for artists; and create a graphic email-able card for our summer consultancy.

I have decided to remain very much in my bubble. I can’t do anything more at this juncture. I’m full up on the news of the day and I need to stick my head in the sand for an ironic breather. I will reemerge, hopefully, stronger than before. I am more upset about the woman who died on the Southwest flight than I am about the state of the world today. The whole big picture seems totally rigged to me; and it is forcing me into a more selfish mindset and modus. Not to say I am some kind of selfless being normally; but so much of waht I do is about furthering the efforts and evolution of others, whether with our private practice or in my charitable work promoting and presenting artists.

We are coming up on some serious me time.