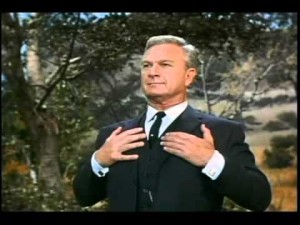 I have an entire basement and office and “attic” to go through to rid myself of three decades of accumulation. I had planned to do this over the winter; and if you were to ask me why that didn’t happen I would be at a loss to tell you why. But I can’t avoid it any longer and will prioritize making this happen for myself. The trick is I keep waiting to do this as some kind of team and I fear that is never going to happen so I must now move on to singular thoughts and actions.

Too many things feel like the law of diminishing returns. And it is high time to take the bull by the horns and try to make some important things happen. I do not have the luxury to sit around and wait for some kind of permission; nor do I want to be in any kind of competition. I think it’s great that someone like D.D. is satisfied running what amounts to community theater. I would likely slit my writsts. I see these people who have spent thirty some odd years in recovery and they seem not to have learned anything but self-servingness. They seem the least woke people of all. Strange that.

Yeah I don’t think twelve step programs are really a recipe for recovery in the end. It just seems like institutionalized dry-drunkeness or whatever one is recovering from. Case in point we are meeting someone this week who approached us about doing a business project; only now it seems he’s turned the tables and acting as if he’s doing us some kind of favor. It’s all a bit too topsy turvy for my taste. But I am the Bob Newhart, the Oliver Douglas (do you know who that is?) the Larry David. These characters make for some good comedy in art but, in life it’s not that funny.

One has to take their cues from the universe, in that I am a firm believer. As such, I can only go higher and higher. And I shall continue to do so in a conscious motivated upward spiraling. It’s way too easy at this time of life to get discouraged and groan about wht didn’t happen. For no lack of trying, the list of failed attempts is far longer than that of sure hits in my experience. But that’s what it is: my experience. It is no better or worse than anyone elses. If you have certain success, especially in the arts (as they devolve into entertainments) you can continue to create (and delude yourself you’re making art) because people will buy into any crap you put out there. But that is, in and of itself, a dismal affair.

It’s better known as drinking the Kook Aid and sometimes the flavor thereof is champagne cocktails. I have never needed anything I don’t have. But I have failed to want very fully that which I do possess. To take stock, to appreciate to the utmost, is a recipe for one’s own value rising. This is what I tell me clients. Clients. I look forward to having many more clients in the coming year. In fact I will very much be making this my focus. I have pretty much decided to let much of everything else go and to become this tunnel visioned entity in regard to our craft and business. On the agenda today is to get a final draft note ready for sending to lecture and speakers offices and the like. I will review my notes with S on all of this Thursday morning. Today is only Tuesday after all.