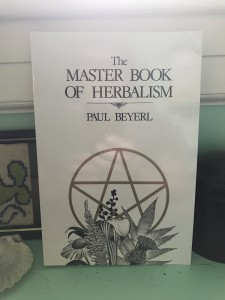 Bought it at Haus Witch yesterday and can’t wait to crack it!

Awoke at the Merchant in Salem, dreaming some demon was trying to have sex with me. Actually a little something might have gone down, but I definitely woke myself up before full possession ensued. I think. We’ll see. But it was a spooky house in a spooky town. Remind me to tell you the story about my first trip to Salem, freshman year. We sat on the terrace but there were windows which were people’s rooms and we can actually sense them shuffling around so we went downstairs and there was a breakfasty type thing like a frittata and yoghurt and it was nice. Coffee was eh but coffee is always eh and I love the place. But I was buzzing about yesterday’s meeting and wanted to get some thoughts down and here they are…

Great to see you yesterday as always and I think that it was all in all a productive meeting. I trust that, should we come to terms with Endicott, it can tick some boxes in the planning process for the tour itself. I am going to raise some red flags here in this note but don’t be afraid LOL. It is all designed to be preventative, efficient and to keep this train on track.

This grant of 6K is for the planning of a tour to include at least three New England venues. One has the option of presenting a showcase in the planning as part of the process but the showcase shouldn’t be overstated for a number of reasons. Ideally, it is designed to be something to which one can invite venues that would be part of the tour. And of course in most cases it would be the first iteration of a piece—not the case with Gravitational Fool—so we shall continue to hone our own unique reasons for doing this, some of which we’ve already unearthed.

Though in the presentation of a showcase we are open to ancillary elements (workshops, talk-backs) we must be very careful that the showcase be part of speeding our process and not become a cul de sac wherein we waste time and energy. We must remain efficient and precise and preservation of time and energy which both equal money. You said upon parting yesterday that you need to check that “presenting at schools” isn’t frowned upon by NEFA. Do that straight away!

Several red flags inevitably went up for me yesterday all on the theme of what we all can do for E.C. and what is a suggestively a disaffected student body; also, and this is because B is N’s boss, the meeting ended with him directing us to immediately jump through hoops to get stuff to Becca. Whoa Nelly. Cart Before Horse. I am sensitive to her being his boss, and I also see my way through that for Afterglow. First, WE must be clear: This showcase is about furthering GF’s development and, yes, in so doing, we are happy to interface with students, etc. But that can’t be our primary focus, even if it is Endicott’s. And I dare say that this sort of thing will need to be funded by them.

The showcase itself will need to be ticketed in any case and we must go into it as a means of extending the lifeblood of the planning process, and I will work that out. Though we are not bound by the “artist fee” as per Adrienne: As mentioned, I am still keeping that amount earmarked as such: as remuneration for the artists in the “production” of a showcase. The rest of the money, which is NOT a lot (we have to keep reminding ourselves of that) will go to Afterglow’s planning of the tour and the administration, meetings, travel, promotion thereof. Every moment Afterglow puts into this is on the clock; so we want to be preventative of how long conversations are, how much time is spent on things that are not germane to this particular process which must be streamlined to work for us.

Remember, at risk of sounding like a broken record, Afterglow doesn’t spend time writing grants because we don’t have the bandwidth. Likewise, the work needed to be done in the execution of a grant received must also be afforded by said grant. That’s why ticketing will be important, we realize, in so far as AF’s take will continue to allow us to keep this process going until it takes off and becomes both artistically and financially fertile.

Again, not being alarmist but in the spirit of being surgical in this process, this is how we propose we proceed.  (Consider this my own workshop in Arts Administration entitled Horse Before Cart!

Okay, I think I’ve covered much of what my brain needed to process overnight since yesterday’s meeting. Let us run a tight ship and be “yare” (nautical term) in so doing!

Look for the letter I send to B later today!

Ok, well, sorry you had to see that. But that’s all the writing I had energy to do on this day so give me a break. Consider it Post Modern in that you’re gaining insight into the character of the narrator (me). Go away!

A Bun in the Coven