A Secret Meeting Of Men Responsible For Executive Decisions In World Affairs, the keynote of which is the power to assume responsibility for crucial choices arrived at after mature discussions with those who share the power, is the final Capricorn symbol at 30° of that sign; it is ruled by Pisces in a twelve-fold sequence. That sign rules that which is hidden, secret, forgotten or beyond the veil, behind the curtain. Pisces purpots that the seen world of so-called reality is the illusion, while true reality is non-material or energetic (and thus able to be manipulated as such). Yes this symbol refers to secret committees that run governments, let’s say, the White House, which ironically makes no bones about doing so. Neither does any regime. And of course we can wax conspiracy theorist in thinking the world has been run, for centures, by some secret coterie of Lizard Kings. Hello, Merovingians! But Pisces’ non-material-realm rulership actually points to something less terristrial and anything but sinistier.

We are here to entertain the probability of a spiritual order of quasi-divine beings who rule our world beyond its terristrial aspects. Some may call it the Great Lodge of the White Brotherhood or the Guardians of the Seven Rays or any some such. We students of esoteric philsophy believe in the existence of this “inner Government”—the Pisces mott is “I believe” with the parenthetical addendum of (without seeing). This is science. This is religion. We have just now conclusively determined that there is a “planet nine” in our solar system. Our belief in this is not unfounded. Have we seen it? No. The same is true of any god, yet we might sense the divine in, well, everything. 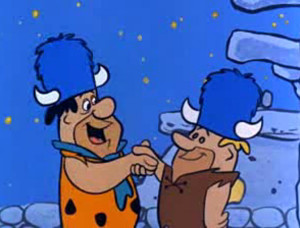 The notion that our evolution is being guided from on high is not only reassuring, it runs counter to the shadow-facts of terrestrial governments or organization (so many governments work secretly in hand with organized crime) directing the ways things go to benefit the few at the expense of the many. The feudal system? Have we ever really left that old chestnut behind? Or indeed have we not created new ones for profit. How about the prison system? Basically it’s the confederacy privatized. If you think the way I do about this then you are already channeling the energy of this symbol. Here, what is at state is seeing through the so-called facts of terrestrial processes in our human history. The thing about the conspiracy theories is that they seem so nuts; but what if they are true and the perpetrators rely on the fact that your good human character would find such things far fetched. They would exploit that no? Who would believe that 911 was an inside job? That’s unthinkable. Right? Right?

I have often said that I come from a long line of white-witch goody-goods who have run antithetical to the lizard kings. Indeed, I have joked, that “for each and every one of thos tired old Bush’s there have always been any number of Cox.” Ha, ha. Yeah, laugh it up. But I do mean it rather truthfully.

On whatever level you read this symbol—being guided from a host of etheric beings, being fucked over by century old families realted to the Rothchilds, being manipulated by banks who can fuck us up and get bailed out, or that we have no decision making power unless we were in the Skull-and-Bones Society—it refers to the highest (most powerful) form of social interaction. What better way to end the sign of Capricorn than with a symbol that speaks to the ultimate height of wordly sway and what one with such status might no with it, for ill or nill. What do you use your power for? To give? To get more power? To amass personal attention and worship? Do you know life is ephemeral. Or is it eternal. I’m going to stick with my brothers and sisters at the White Lodge.