Marc Edmund Jones, who via the clairvoyant Elsie Wheeler, divined the Sabian Symbols, once said that the practice of astrology is based on a realization of “the relation of everything to everything else.” As above so below, and so forth. That realization is one I’ve had in a flash of spiritual revelation, just as it’s one that one typically encounters while tripping on something really good. The point is that is the point. And it is at the core of any practice of augury. Today, at 29° Capricorn, nearly at the end of this sign, we encounter A Woman Reading Tea Leaves, which is really no different from reading an astrological chart or a palm or cutting open one of the birds in yesterday’s aviary and interpreting its entrails. Okay maybe a little different but you get my little drifty. 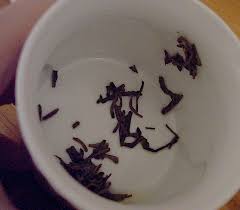 This degree of the zodiac is hinged on the ability to see the Signature of hidden meaning in every occurrence drawing one’s attention. One of the main archetypes of the sign of Aquarius, which rules this symbol in a twelve-fold sequence, is that magical man Merlin who predicted the future—indeed he came from it. That genius madman visionary akin to the likewise predictive John the Baptist in Biblical lore—this is the sign of the water bearer after all and let us not forget that it was Merlin’s big idea for Arthur to quest for that similarly holy grail.

Priests of all ancient religions read omens. John and Merlin were both ancient priests. One might say that modern psychologists, in dream analysis, are also reading omens, on the individual level, as is the woman reading tea leaves. One generally turns to occult prediction in times of uncertainty. We don’t have to go all the way back to Elizabeth I consulting John Dee to see more mainstream usage of this with people in power; dreaded Nancy Reagan consulted an astrologer for herself and her feeble minded husband. Anyway, there is a certain Capricorn mastery involved here. We give ourselves over to the power of the priest/ess who has technical proficiency with an occult practice. I imagine that if this degree in your chart is highlighted it points to either a proclivity to look to others for answers on this level or a potential ability for expertise in doing so for others.

This oracle is the opposite of “just the facts;” we are seeing through the facts to see how they are related “to the realm of basic meanings or archetypal processes.” Our friend Dane Rudhyar pegs this as true Clairvoyance: The ability to see in everything that signature of deeper realities. Speaking for myself, the astrological chart, the palm, the tea leaves are simply the scaffolding on which i can allow my perception to climb down (or up) to unearth these deeper meanings.