The sign of Cancer, which rules this 22° of Capricorn image in a twelve-fold sequence, represents the introspective part of the self, the fourth house portraying the most private sector of self. So, fittingly, we find that By Accepting Defeat Gracefully A General Reveals Nobility of Character. Capricorn and Cancer are so-called opposite signs, really they are higher septaves of each other along an upward spiral; Capricorn’s tenth house points to the public self, the worldly self, the most aspirant self, which must be, in fact, renunciated in order to achieve true spiritual ascendence. Capricorn’s motto is “I use”, the hope being that one would use their worldly power and sway and influence for the spiritual good of all. Here we have a general that has indeed risen to the height of Capricornian power; while, in admitting defeat, he achieves even greater nobility—the inner kind—which belongs to the Cancerian estate. The sign of Cancer is hinged on “the fall” personal or otherwise. The buzzy, often babbling (tower of Babel) of Gemini, with its wheely dealy worldly ways, leads to a Fall, while Cancer (cardinal-water) is akin to the flood, real or emotional, that washes away all the fraught machinations of the reptilian Geminian mind. 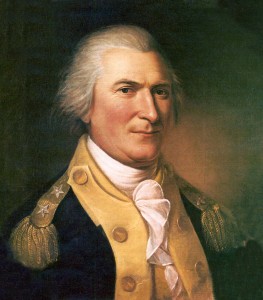 We all know people in recovery. Perhaps we are there ourselves. What must first be admitted is our powerlessness over whatever might be our addiction or affliction—including greed and power itself—which might make us a blackheart à la the Grinch or Scrooge or Mr. Potter or…fill in the blank with your favorite holiday season villain. Capricorn can point to becoming high and mighty, and my how hard they mighty may fall; unless, that is, they admit defeat, whether knowing or not, that they might very well grow more through their defeats than through continued success. Inward growth that is. The previous symbol of the relay race referred to ambition toward success in an organized collective; this one considers that the race might have ended in outward defeat, which can nonetheless be an inner (spiritual) achievement. Obi Wan was defeated and made the force stronger in the process. After WW11, Dane Rudhyar points out, in the near wake of it, Japan and Germany ultimately thrived. If we accept defeat we find dignity and nobility. If we reject it with an air or flurry of defensiveness, we shan’t grow. It is all so much making excuses. Capricorn’s motto “I use” can be poignantly applied to defeat. Capricorn people have their scars, which tend to make them stronger; and they keep going, using the lessons learned to further their ascent. What might be considered the ultimate defeat? Death. But even that can be accepted and used as a source of dignity and ascendence. Our Dearly Departed David Bowie Was/Is, Of Course, A Capricorn.

We Can Be Heroes