As I said a day or two ago, I’m learning so much about Libra (and all the signs) in working through these 360°s of Sabian Symbols. The one at 28° Libra is A Man Becoming Aware Of Spiritual Forces Surrounding Him. Again I’m reminded that Libra isn’t “all air”, it’s inanimate symbol pointing to the purely abstract elements of life; but rather the living archetypal energies of life which is pretty validating for a Libra (me) who works in archetypes and does feel himself surrounded by assisting, unseen entities. Some people will think I’m crazy for that sentence and some will understand—I’ve pretty much weeded out any friends that fall into the former category because being open to this unseen assistance does require total belief in it and nonbelievers in your midst can mess with your channels.

The gist of this oracle is that we are never alone; that there is always a community, visible or not, that is behind your best intended efforts. The trick is to allow the assistance and not put up blocks to it which we all do, all the time. My own personal block usually surrounds abundance in which I belive in my mind, but I strive to feel. I once said that “prosperity is a sustained emotion”, but my speaking the truth of this isn’t enough, I must practice what I preach. And mainly that means not putting up roadblocks of fear and anxiety, not just over money but over time which, in astrology, is ruled by the same second house. These commodities can be a mindfuck for many and I have had my own screwed up history due to the fact, probably, that I know a lot of wealthy people, those with penthouses in new york and castles in scotland and townhouses in london and manses on hilltops overlooking the côte d’azure. And I’ve never once been jealous of other people’s money but I have hoped to be increasingly comfortable in time, which if you haven’t noticed, has a way of marching on. But that’s me. Meanwhile, I have never done without and I have created a decent lifestyle for myself, living where I want when I want, and traveling in the same manner, without ever really having worked for any one or any monolithic thing. So, really, my life has been most abundant.

But back to never being alone. When it comes to actual living human interaction the world can be a lonely place. However, I don’t think we know either how lonely or how not so until we need to rely on others, which, quite frankly, I’ve never had to do and I don’t want to test this theory to be perfectly honest. I don’t like relying on others. It’s not so much a trust issue—I’m just pathologically self-sufficient. To a fault, most likely. But when it comes to the might unseen forces, I suppose, I could ask for a bit more help. I wonder if that’s true for you. We are all part of an organized whole whether we recognize it or not. The center does hold, me thinks. And this whole is indeed greater than the sum of its parts and it’s terrifically sustaining. What separates us is the “dark path of ego separation” which, given what I just said, I might fall victim to in my in ability to ask for help. I think we all fall victim or else this would be a perfect world. In extreme cases of ego-isolation, one falls prey to destruction and self-loss. 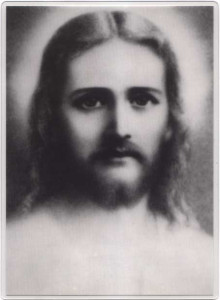 In real terms we have communities we can reach out to; in spiritual terms there is the collective mind, the noosphere, but there is something beyond: what is known to mystics and esotericists as the White Lodge, a very Libran world, one imagines. And, as this oracle would be ruled by Cancer in a twelve-fold sequence, we know that emotionality is highlighted here. Emotions are the gateway to our spirituality, and the higher consciousness associated with Libra, a sign of the mind, is ironically directed by emotional, moral compass. If ever you’ve experienced a sense of oneness, even for an instant, you have felt the assurance that you are not alone and this isn’t all there is to answer Peggy Lee’s eternal question. I have had my own experiences with the notion of the White Lodge and its inhabitants, and I can tell you that it is a temple within us. And so the assurance we seek, our yearnful sense of belonging, isn’t satisfied via the outside world.

Up, Up And Away

May It Be With You