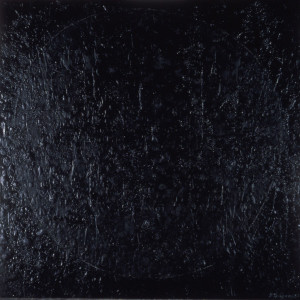 I put this here in place of something that was lost

The morning was mine to bathe and collect. I decided to go more causual on the look because it was going to be a long day and I wanted to be comfortable. I was looking forward to meeting Jessica and her boyfriend Blaine. To be honest I never saw her on the Daily Show but I did see her HBO four-episode series special which I loved. Our dear John Early was on it and he has never been better. I was hoping, still, at this time, that he might return to Afterglow, but in the time since, he’s had to decline because his TBS show films during that time. It’s going to be a lot of fresh talent this year at festival.

We had a second day (and would have a third) of smoked fish platter for lunch—I’m off smoked fish now, although I think it’s smoked salmon for lunch today. Irony.

Well I should start by saying that S’s celebrity citings included Daniel Day Lewis and his wife (we always see Daniel Day Lewis and he and I share a barber who says we have the exact same hair pattern—maybe we are related on the Irish side who knows); also Blythe Danner and John Leguizamo. And then this morning she shared the hotel elevator with Bradley Cooper. Another irony: He is occupying our suite which we wanted to move into before the marathon HP play today. Alas, we will not be able to move until we return around 1AM; so post smoked fish, we got dressed and took a cab up to 43 Street. It was a civilized mob scene already, forty minutes before show time. We saw some of the familiar faces that HP events bring around and some unfamiliar ones as well including Brooke Shields, Emma Thompson, Liev Schreiber and Anna Wintour.

We were also seated directly behind a certain billionaire whose home we visited less than a year ago to work our Starsky + Cox magic at his estate in Jamestown, Rhode Island. He seems like a decent man; though he was angling to meet the author which wasn’t unobvious; he has very aggressive facework which makes me feel sad for him.

The play was even better on Broadway than in the West End, mainly because we were seeing the original cast now. And it was fascinating to note how they refitted an entire theater inside the old Lyric. The audience ooh’d and ahh’d as one would expect and the play is paced very well despite its length. I had a champagne pre-curtain and one at intermission; and that certainly smoothed any lingering ruffles from last evening. And then dinner at the Lamb’s which was a dream. Like our own private experience of the first scene of All About Eve and its Sarah Simmons club—portraits of whom I assuemd to be Duse and Bernhart abounding.

Life can be so strange. Then again, compared to what?

Back for the second act and standing ovations and bows by the creators and off to a suite at the Lambs for a little respite pre-after-party. Was feeling high and reviews were coming in, all good. Then off to the party where I did a beeline for the danceflor and left my sweater, jacket and scarf on a nearby table. I danced for about an hour with guests and members of the cast, using my talent in this area to create some circle-around scenarios, then looked for my attire as it was time to go. Never found my scarf which is just as well as it was given to me by someone whom I no longer cherish. But the real bummer was that my ticket packet “fell” out of my pocket which was sad. I suspect someone swiped it to be honest. Even in that rarified environment an extra momento of this sort might appeal to people’s lower instincts.

My dancing self is now pretty famous in certain circles. For me it’s always a good way to sweat out a bit of the evening (in this case marathon all-day) fun before retiring such that I will wake up with no lingering remnants of the evening before. Which was the case, and luckily, as we had two new clients starting in the morning.