Rabbit Hole One of Two 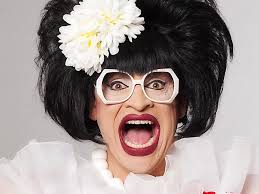 The morning had some wonderful highlights. I had written to Mass MoCA and heard back immediately and the number two guy there suggestively complimented Afterglow which was very nice indeed. I then went down a bit of a rabbit hole on would-be letter for RM and the VSB and Town Hall individuals (which I would never send…however I would send another version of this to everyone but RM. Anyway here was my brain a brewing:

First let me state, in full disclosure, that everyone included on this email, including Brad Carlson who works with us at the Afterglow Festival,  was originally brought into conversation with us by either Mr. Fuccillo or Rick Murray, but for Elisabeth Verde, in the Town Manager’s office, whom I have added You will see, below this email, one dated April 18 from me to Mr. Fuccillo, continuing to seek clarity in what has emerged as a quagmire of confusion and disinformation. (As has become his practice, Mr. Fuccillo did not respond to that email).  With this preamble out of the way, I will illumine my purpose in writing to you today, which is to set to right an ongoing issue for which we at Afterglow have yet to achieve support or closure.

As we today mark the beginning of Memorial Day weekend, and the unofficial start to the 2018 summer season, the Afterglow Festival enters its eighth season in Provincetown. On Tuesday, May 29, the Select Board is set to approve the VSB Budget of which $5K has been granted to the Afterglow Festival. For the last six years, Afterglow has received relatively the same amount or less which, as our applications always meticulously detail, will be used to help fund the creation of our graphic arts material, website design and maintenance, public relations, marketing and printing. We have for the last six years requested additional funds so to create an advertising budget, but have never been granted additional funds.

Beginning with our first year applying for the grant, for the 2012 season, we questioned the timing of the grant as we were allotting it for work that happens in the months leading up to the festival in September; we were offered what was termed by the VSB office “advance funding” which reassured us in the process that we wouldn’t be out of pocket for too long in in executing work specifically covered by the VSB grant. This offer of “advance payment” was the assurance we needed to initiate graphic design, website management, PR campaigns and so forth; and since the summer of 2012 through the summer of 2017, we were directed to request this “advance payment” as we have, each spring, around this time, once the final approval was given by the Select Board, as we expect it will, again, on Tuesday.

Now I must insert another unfortunate story in our history that informs the larger situation at hand in which Afterglow finds itself. From 2012 through 2016 the Afterglow Festival was staged at the Crown & Anchor, which is owned by Mr. Murray. In winter of 2017 it came to our attention that Mr. Murray planned to present (at both the Crown & Anchor and at the Provincetown Theater) a performer that we had brought to Provincetown (on non-profit funds we raised) the previous summer and whom we had planned to bring back again, as is our custom, building audiences, year on year, for artists through our own metaphoric blood and real sweat. It is an unspoken rule in this business, especially in Provincetown, that producers not poach artists from each other; if anything they ask permission to do so (not forgiveness for faites accomplis). It is simply not done; especially when it would result in profiting off the work of a non-profit  that cultivated that audience.

Fortunately for Afterglow this is all documented in black and white by an email thread that included Rick Reynolds: Representing Afterglow’s larger interests, I took the high road when faced with this news that Mr. Murray had poached one of his artists. I realized, however, that I couldn’t rely on Mr. Murray to follow unspoken rules of ethics in this regard and politely asked for a sentence to be inserted in future contracts between us that would stipulate that Afterglow be asked, as a courtesy, for permission, in future, to present an artist we have previously paid, traveled, lodged, promoted (I might add, with VSB funds) and for whom we have cultivated an audience. As both Mr. Murray and Mr. Reynolds will honestly admit, Mr. Murray wrote, and I quote, “You know what I don’t need this bullshit ! Don’t ever tell me what I should or shouldn’t do I don’t need your permission. I’m done.”

And I never heard from him again until the autumn of 2017. Please realize what this means: It means that Mr. Murray knowingly left Afterglow in a lurch, in the midst of its planning its 2017 season, without a venue. And he did this without remorse or seemingly even the slightest care. He poached an artist we had just brought to Provincetown for the first time; and when I responded to this knowledge with these exact words—“please do not make offers to my artists without first checking with me. golden rule. this is the courtesy i extend to you. let’s put it in contract to avoid this conversation in future.”—he responded as he did and cut off all communication. It is our position at Afterglow that Mr. Murray would assume we would have no way to find another venue for our 2017 season as venues have pretty much booked their seasons by this point in the year. I’ll go one further: It is my personal belief that Mr. Murray derived pleasure at the thought that he derailed, nay destroyed, the Afterglow Festival at this point. All for our asking for a preventative written measure in contracts moving forward.

Left to scramble, in the midst of fundraising and preparing the 2017 season, under incredible stress,  by some miraculous stroke of what I perceive to be part divine intervention and real compassionate human kindness (as ere the ’twain shall meet), the Art House came to our rescue. They managed to convince an artist, already booked for the 2017 season, wrap up their run a week early, to make way for the Afterglow Festival to have a new home and continue its good works. Though the theaters in the venue were smaller than what we were used to, and our run was comprised a fewer days, we enjoyed our most successful season ever, percentage-wise, and we are so grateful for our new venue, and thus weirdly thankful to Mr. Murray for helping us to find a better home, despite what we imagine were his own ill intentions. For my part, I thought I was free of Mr. Murray and was happy to put that relationship behind me. But…no…

With a successful festival immediately behind us, we received an October email, with the VSB board supposedly bcc’d (which is why you are now all openly cc’d here) “as per the VSB Chair’s instructions” that “strongly encouraged” me to attend a meeting run by who I learned was aforementioned board chair, Mr. Murray. Though I saw from the attached thread that Mr. Murray had told Radu and Mr. Fuccillo that “I realize that it is not mandatory for them to appear”, the words “strongly encouraged” gave me pause. I honestly responded that we were leaving the country for a couple of months, and I hoped that would be the end of it. To be perfectly clear, I had no intention then, nor do I have any intention now of knowingly entering any room in any building in any town or city in any country in the world where I would physically encounter Mr. Murray. He is, to my mind, not merely a bully but, metaphorically speaking: an assassin.

You gotta admit: This is some pretty juicy stuff….
to be continued tomorrow….