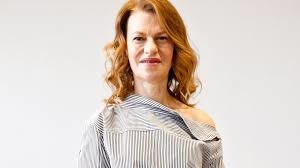 The day was already pretty cranky but fine. And then, as I was cooking, I looked out and thought I should snip some lilacs. Then I remembered I needed also to prune some wild rose along the driveway the thorns of which were scratching the car. I have such a long relationship with wild Cape Cod roses—I’ll tell you about it some day. So I headed to the basement and lo and behold we had sprung a major leak. I called J and turned off the water—he was just setting up a tent in Nickerson as his whole family was gathering, but he came back W and was not in a great mood. Very defensive, conversation jumping ahead, kind of belligerent, blew up and left. I couldn’t eat and just was sick about it. So it is fitting that day two of the other drama going on in my mind is being put into words in case I need them later down the line…

With the VSB board members still presumably bcc’d he sent me a treacle message, praising the festival as “a great adjunct to the summer season”; I realize this seems “nice” on the surface but I am asking people to put themselves in my position. I just spent the last six months in a panic try to save my festival from destruction at the hands of this individual, and now he’s acting sweet in front of other people, attempting to get me to, what?, trot before some kangaroo tribunal over which he presides? That was never going to happen. Then it gets worse: In January of this year Mr. Murray left me voice messages on my cellphone telling me to call him. Then he began texting me. I responded by text that he should email me. He said “ok”. Then the following day he texts me again saying he only wishes to “speak” for fear of his emails being “misinterpreted” or “misread.” At this point I am feeling harassed by Mr. Murray. I responded that anything that couldn’t be put into a professional email was likely something I didn’t want to hear; and I reiterated that he should email me and cc Brad Carlson as well.

Mr. Murray then went to the absolute other extreme and said  “you won’t be hearing from me again” which, given his position as VSB chair, made me uneasy. That seemed as much a threat as anything else. And it is my view that Mr. Murray operates on revenge.  I responded to Mr. Murray that “I shall officially request that you recuse yourself from any VSB involvement or decisions regarding Afterglow.” And I immediately reached out to the VSB Bureau. I wrote Radu in January and didn’t hear back, not realizing he left. I then wrote him on FB and he said he left and to contact Mr. Fuccillo. I emailed Mr. Fuccillo in February. Then again in March. Then again in April. Though I didn’t allude to the issue in writing in the email, it was my understanding that the VSB Bureau acted as a liaison between non-profits such as the Afterglow Festival  (and others) and the VSB Board, and it was hope to meet with Mr. Fuccillo in person. Since I was seeking to express concern and receive guidance regarding the now VSB Chair, I thought that was the right place to start.

On April 6, Mr. Fuccillo did finally return the email I sent in April, first stating that he never received the other emails. He later said that he did in fact receive them. I found this odd. Before I was even able to communicate the matter at hand as concerned Mr. Murray, Mr. Fuccillo made it known to me that  we were to receive $5K but that “the VSB agreed to not provide advance disbursement of the grant and asked us to not bring the request forward to them.” This was new and seemed strange to me. Mr. Fuccillo now reiterated that “the VSB would still like you to attend a meeting.” He also introduced me to Nina McCormack, newly arrived in the VSB office, who related that Afterglow was the only recipient to receive the “advance funding” the VSB offered us over the past six years, but now that was being rescinded. This led me to feel that Afterglow was herein being singled out. I expressed to both Ms. McCormack and Mr. Fuccillo that I felt this way and I felt that it was due to the larger issue regarding Mr. Murray  I had needed to discuss with them. I expressed that I was alarmed.

Mr. Fuccillo wrote me separately then, not including Ms. McCormack on the email, aimed at reassuring me that there was no need for alarm. But I assured Mr. Fuccillo that there was more, in our view, here, at Afterglow, that we felt was coming to bear. And, despite another insistence we trot before the VSB and Mr. Murray, I made it clear that we were unavailable to that. It is my view that the rescinding of the VSB’s longstanding offer of “advance funding”, which is a factor in our applying for the grant in the first place, and this constant insistence that we “come before the VSB chair” were both mandates of Mr. Murray, specifically, and that, even though, by his own admission that it “is not mandatory” and Mr. Fucillo’s and Ms. McCormack’s suggestion that we are the only entity that receives “advance funding” and, thus, that we are bing singled out, is a clear expression of bias and intimidation. Our view is supported by Mr. Murray’s behavior and attitude toward the Afterglow Festival; and the harassing messages we received over the winter.

Though it is my opinion that Mr. Murray, a venue owner with personal profit at stake in events that are staged in Provincetown, should be wholesale removed from the VSB board, that is not my mandate here. My only request and requirement moving forward is that Mr. Murray have nothing to do with any decision-making power of any kind in regard to the Afterglow Festival. Meanwhile, you can imagine my frustration in having to now process and defend this new information about “advance funding” and what was now an insistence we “appear before the board” without the benefit of discussing with Mr. Fuccillo the full breadth of my history with Mr. Murray over the last year. I told Mr. Fuccillo that my alarm about this added information was inspiring me to reach out to town hall. Despite trying to dissuade me from doing so, when he next emailed  me, cc’ing David Panagore and Brad Carlson, Mr. Fuccillo stated  he would only interact with Mr. Carlson, not myself, moving forward. This was seven weeks ago.

Over the course of these seven weeks, I phoned and emailed David Panagore, who had been abruptly inserted into this ongoing conversation; I initially spoke with Elisabeth Verde, also seven weeks ago, to set up a time to meet in the Town Manager’s office. All these seven weeks I never had a single response to a call or email from the Town Manager’s office until, just last Thursday, I intimated that I would need to seek out a higher authority, still, to which to appeal. This prompted a response and an offer of a 1PM meeting just this past Wednesday. I wrote back immediately to say i could do 10am that day or any other time. Neither Ms. Verde nor Mr. Panagore wrote me back with an alternate time and come Wednesday morning I wrote them for the last time, making it clear I was going to take this matter even further. And this is where I am.

I have reached out for counsel while making myself perfectly clear that the Afterglow Festival expects no glitches in the approval of the grant we’ve been rewarded. We expect the VSB’s standing offfer of advance payment to be extended to us, as per all the previous six years we’ve been granted a VSB award. If the VSB wishes to change the rules (which again they laid out) in this then we understand that they will put that stipulation into next year’s grant, allowing us the opportunity to either plan ahead or forgo application for the grant. Likewise, we want, in writing, an assurance that no member of the Afterglow Festival organization need trot before any tribunal—again, if the VSB wishes to make this a stipulation of the grant application process, then I suggest that word that into the actual grant so that would-be recipients can make an informed decision in the application process. The grant application is very clear in its wording of what is required of a would-be recipient and this has never been stipulated. Furthermore, the Afterglow Festival is determined, and we can’t overstate this enough, that Mr. Murray have no involvement with our organization or any decision made in relationship to our non-profit.

The Afterglow Festival requests an apology from Mr. Fuccillo for being vague and/or mendacious regarding the receipt of the emails we sent over the course of three months; and for not making the VSB office available to our organization, to consult us on very our real concerns; while constantly pressing us with mandates arbitrarily and late-breaking-ly imposed by the VSB chair. The Afterglow Festival requests an apology, too, from Mr. Panagore for not making himself available, subsequently, to heed these concerns, when it has been clear this was a serious matter for us, these past seven weeks, since Mr. Fuccillo cut off communication. And though I know there is a better chance of hell freezing over, Mr. Murray should dig down deep and find some shred of remorse and likewise apologize to us for attempting to sabotage the Afterglow Festival last year in retaliation for the suggestion that a single sentence be inserted into our contract to prevent him from any future poaching of artists we’ve nurtured with support of sponsors to our non-profit. It is my sad opinion that Mr. Murray fails to realize that doing so would raise, not diminish, the esteem others might afford him.

Rabbit Hole One of Two