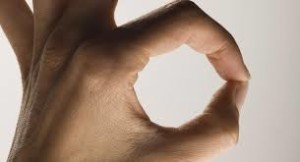 Happy First Full Day of Spring (Astrological New Year’s Day). Today begins the fifth year of my writing this daily Blague. The fifth year—can you believe it? Today I want to lead with the feeling of having high expectations (of self and others) and standards for relationships.

I feel myself a symbol of the season as I have a sense of emerging from some kind of gestative fog (mutable-water sign of Pisces) sparking into life in this (cardinal-fire sign of Aries and this..) advent of spring, so aptly named. I am reminded today of the origins of all things and particularly this Blague which has served so many purposes and gone through endless permutations. over the years. And I need to explain some of the past whilst making some projections, affirmations, straight-up plans for this Blague moving forward. To address the past history of this in order to move more mindfully into the future (and to more consciously invite you in.

The past: The Cosmic Blague started in 2015 and was that year hinged on the Sabian Symbols which are expressions of each of the 360° of the astrological year—your time of birth falls within one of these  degrees, which is a whole other thing. It’s the Cosmic Flav-a-flav. Then next two years 2016-18 I didn’t revisit the first year, then just this past year I included, with each new day, a link to the first year’s associative link for that Sabian Symbol “day” (realize there are five or six days more than degrees in the year cycle).

A hominym for this social very media platform, blagueactually means joke in French, so the creative challenge I set for myself here was to explore all possible ways  the cosmic joke manifests; I first wanted to raccount  my own comic/cosmic experiences, the seemingly too synchronistic occurances in life that punctuate it with power and divine order—extraordinary-story telling; secondarily, I wanted to channel my thoughts on how the universe is constantly taking the piss out of us—observational humor on a cosmic theme I suppose; and hopefully a combination of both things. That was the plan. But you can’t really wake up and necessarily do that everyday. So it was very helpful to use the Sabian Symbols as a go-to and perhaps rely on my musings on them to trigger all such entries as would satisfy my creative goals in this. I wanted it to be personal but in a formal way.

But after the first year, when I didn’t have the Sabian Symbols to rely on for creative fodder, or any words at all sometime, I either successfully managed to dredge up a story or two per week that satisfied my artistic mission, otherwise I began to start saying any old shit. It became a journal which is a word to use in this context to lend the endeavor an air of dignity. But that didn’t last long, the noble journal wasn’t always sustainable., and soon it became a diary for me to vent, a croakie book, declarations of hopes and aspirations and whole designs for living and accomplishing the (very Libran) ridiculous number of idealized tasks I set for myself. To that end, the Blague often doubled as a workshop drawing board for anything else I might have to write that day, and I would “throw up” a first draft of something that I would otherwise polish, elsewhere, for publication or distribution.

I didn’t always manage or choose to write everyday. Maybe I was busy doing other things? I would let some days stack up and then spend half a Saturday catching up. And then in 2017 something happened that derailed me and I let whole gulfs go by before sitting down to fill in the blanks—a major project at one point during an upset. Then forget it. You never knew what might characterize a Cosmic Blague entry. Bizarre takes on to-do lists, Dada manifestos assembled from notebooks and a million torn-paper “post-its” I hade made over the previous two years, every idea in my cranial firmament I had plucked from the ether for later purpose.( And in so doing I was also archiving all these ideas and starry notions. You see I never lost my starry notions along the way.

And so the Blague truly began giving me life. Because I was so committed to catching up I got used to showing up again. Not to say I don’t let a few go by (why even now I’m writing today’s Blague tomorrow—not a very functional way of starting this new turn around the wheel but never mind. I’m going to right now write “tomorrow”‘s Blague. And I’ll pick up exactly where I left off, so if you haven’t read this entry before reading the next one—you’ve me to blame—you’ve got it backwards.

Oh, remember: I am resuming the practice I initiated last year of including year one’s associative Blague entry which was pinioned to the Sabian Symbols associated with the degrees of the Zodiac. Mind you, the degree point for that Blague entry will be one higher than that in today’s Blague entry . The reason for that is that: the degree point for today is the starting point of a degree-period (0°-1° for instance) and the Sabian number for that is 1, so if we were to give you the degree number of 0°, that would pertain to the previous degree-period, not the one in which we are currently, this day, living.

To view the original Sabian Symbol themed 2015 Cosmic Blague corresponding to this day: Flashback! The degree pointof the Sabian Symbol will be one degree higher than the one listed for today. The Blague list the starting degree of for this day ( 0°,  for instance) while the Sabian number corresponds to the end point (1°) of that same 0°-1° period. There are 360  degrees spread over 365 or 6 days per year—so they near but not exactly correlate.