Is it me or are these images waxing dull of late: A Famous Singer Is Proving Her Virtuosity During An Operatic Performance is today’s oracle at 21° Cancer. It just seems so terrestrial. And I find nothing Dane Rudhyar’s interpretation to inspire me either. Bummer. I’m really in the mood for a good speed type on an image that sends me. All we have here is some kind of talented diva giving forth. That said, opera itself is usually pretty mythic in story and scope. It’s something about which I wish I knew more, but that’s my problem.

I was thinking today about how nobody is pure audience anymore. Everyone is a star, legend in their own mind, taking to social media begging: look at me, look at me. Everyone would be prima donna if they could. The thing is it seems nobody is actually comfortable just being a spectator. As if, somehow, the spotlight has become something necessary like light and air. I’ll go see your show if you buy my painting. I would have come to your book launch, but you didn’t kickstart my podcast so…what do you expect?

I am in an admittedly cynical mood. I try not to have such a dim view of my fellow humans; but everyone seems to be fetishizing themselves to such a great degree. One thinks because she’s a downtown artist or he a counterculture poet that s/he is impervious to the sweeping, insidious trappings of this reality-show world wherein one must be fame-ish. Not everyone can stand center stage and perform an aria to perfection. There was a time when not everybody wanted all eyes on them. At this point, I don’t know anybody who is a pure spectator, audience plain and simple.

We have shorter and shorter attention spans, while, at the same time, we expect others to pay more and more attention to us. It was once enough to create in private, if not in isolation. Forget the solo spiritual trip of an artist such as, say, a Salinger; that just wouldn’t fly nowadays. To be fair, in this financially polarized world, who could afford to have a genuine experience as an artist. Accolades, in so much as they translate into cold hard cash, are now necessary evils I suppose. We must court praise in so much as it affords us an ability to express our artistry—unless, that is, we provide an actual service. Audiences are by nature fickle. The mid-career artist has to reinvent. The diva’s talent will fade; one can only hope she socked some assets away somewhere. 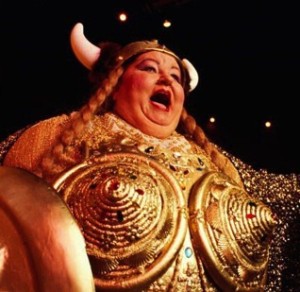 Even our minds, which can be the last hold-out of talent, may fail us; and we no longer live in a world we one can retreat to some small cottage upstate or down the coast. Everything has been bought and sold. And when it comes to talent, our standards may have slipped. By the same token, we live in a world of created talent, not of the naturally occuring and emerging. Those who were stars fifty to seventy five years ago were predominantly those who emerged dripping with natural ability, with the off created star or starlet. Now we test would-be stars appeal and market them as we would any product. Because someone can sing, we cast them in lived televised musicals even though they can’t act. Because someone sells records they get clothing lines to market as well. This is predominantly an Anglo-American phenomenon, but it spreads like a disease.

One should express themselves for the joy of doing so, without expectation of being worshipped ubiquitously. You want to sing a song then sing a song. You want to design clothes then design clothes. If you want to do what you say you truly want to do then you’ll do it. But would you do it if you weren’t guaranteed an audience? Would you do it for the love of it or as a devotion or an offering, the expression being reward in itself? There are far more gifted people expressing their talents in obscurity everywhere then the same handful of talents being shoved down our throats in multiple media. Can you be happy without anybody looking? Or do you only truly exist when others are watching?