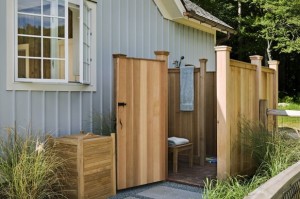 Struck with the notion that my own interprestations of the Sabian symbols might, in itself, make a great book. We need to get in with a publisher with whom we can do more blockbuster books, more academic books, more poetic books and more point of sale commercail fun books. I also want Emily to start getting into our world of design. Emily for A.C.

Also getting a loan to open a local store which would be called A.C. and we can always move to a bigger one. We definitely need a commercial space to work from—and one where we can fall asleep if need be—and/or it comes with an apartment which would be solely for the Summer Consultancy.

Food today is a French Poodle. That’s what we call a souped up version of Poodle which is typically kale, quinoa, avocado and chickpeas. This night the chickpeas were cooked in a pan and slightly carmelized then mushed a bit, like peas, with vegetable filled bit of leftover soup. Delicious. The quinoa was also made in chicken stock and the kale was extra sautéed with garlic instead of steamed.

I had taken a wee tour of Orleans and got there what I needed. After dinner we sat by the fire sipping an organic red and talking, talking, talking about, well, everything under the Sun. I knew I would be alone the next day and that I wanted to make good use of my time. So often I just sprawl out like Oscar Madison for no good reason, spending half the time alone making a terrible mess, and then the other half already having to clear up in some kind of panic, which is silly.

I will make weird food like sauerkraut (and end up eating the entire giant Bubby’s jar) with healthy chicken sauces it, pouring some molasses over the lot, as it sizzles in the cast iron pan, slathering all with mustard, and eating it in a hurried passion. Drinking bottles of sparkler water straight out of the bottle, leaving trails of nuts or edamame, goat cheese crumbles and bread crumbs in the kitchen and dining room as I snack on the fly, suddenly, at intervals, all through the day and night.

I will shower outside which is good.

Best U Can Do