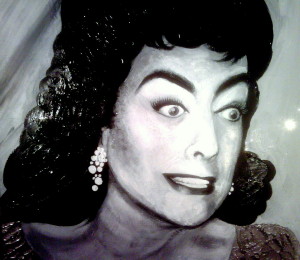 So we had a lovely meal out for our Aries anniversary. We actually visited the spot where the wedding took place and it is now a Mexican restaurant which wasn’t too depressing; funny actually. As always we had some great ideas during our repas and just felt very connected via that third-party in the relationship: the relationship itself. For me it’s always the final feast day of the year, the pivot-ing point into a more Spartan existence for me each year, a trend that typically lasts until next holiday season. My tummy is looking forward to being a little less, shall we say, expansive; and though I’m still being treated since last summer’s car accident—stopping and starting yoga several times this past year—I finally got the go ahead from the physical therapist to “gently” reenter my practice. I will have to fight my perfectionist urges and really go slow lest I wake the beast of the injury from the accident. Physical therapy definitely helps. And, as mentioned Aries is the sign of the physical body, the sort of hardware on which all the other “program” (signs) run on. It’s about the temple.

I’m back on the female archetype of Aries today, that great goddess Athena, whom I’m seriously going to invoke today. There are a few myths involving her that most people don’t know. For one, she designed the flute, made out of a deer bone; but when she played it for the other gods, Aphrodite (Venus) and Hera (Juno)—her rivals during the Judgment of Paris—laughed at her because her cheeks puffed up. Athena stormed out (very Aries woman) and played the flute while gazing into a reflecting pool and saw what those divine broads were on about. So she stopped playing. Vanity and imperfection are rather ironic flaws for so armored and steely a goddess, no? Well not really. One must wonder why it is that Athena is so armored and steely. She is defensive to a fault. And that is most true about Aries women who mainly draw upon her otherwise pretty flawless archetype. I think of Athena almost as personification of the temple, in light of it being a metaphor for the body; whilst that pure Mars (Greek: Ares) energy, personified as the overt, active, aggressive war god, is the brawn and might embodied within that temple.

I mentioned that Ares is the lover of Aphrodite (Mars and Venus) while Athena shares a temple with Aphrodite’s husband Hephaestus (Roman: Vulcan) a funny foursome taken together. I may also have made mention of a myth surrounding Athena and her other half-brother Hephaestus (full brother to Ares) in which the smith god tried to rape her—she wiped his semen from her thigh with a fillet of cloth and cast it to the ground impregnating their great-grandmother Gaia who bore a son with the unfortunate name of Erechtheus. Athena raised the child as her own.

This from the Museum of the Goddess of Athena:

Another aspect of Hephaestus’ relationship to Athena comes to fore here where he is not the consuming God of fire, but the bridegroom, husband, and father of the divine child. In the month of Pyanopsion the festival of Apatura was celebrated, at which the youth of Athens, in phratries (brotherhoods) under the protection of Zeus Phratrios and Athena Phratria, received the initiation which they needed in order to get married. At this festival Hephaestus was particularly celebrated: men, dressed in their most beautiful garments, lit the torch at the fire of the hearth, sang in praise of their God, and sacrificed to him. There is no report in the fragmentary evidence of a torchlight procession, but such can safely be assumed, and for the Corinthian Hellotia a report of such is handed down explicitly.

On the last day of the same month began the festival which Hephaestus and Athena shared in common, the Chalkeia. This day was celebrated like a wedding: the artisans presented grain swingles to the Goddess. The secret of this festival was not given away, with the result that more stories were told about it, such as that Athena was given to Hephaestus and placed in a chamber for him, or that he followed her and embraced her. All variations allow the Goddess to leave the embrace a virgin, but they allow a child to originate nine month latter from this same embrace.

Only in a later period was the festival of Chalkeia – named such after the material and art of the founders and smiths – celebrated exclusively by artisans as though it were a festival of Hephaestus. Earlier it belonged among the most important festivals of Athena and was called Athenaia.

How I see this archetype manifesting in people born under the sign? Well first I think about Aries women who, for whatever reason (archetype being the only answer) tend to couple with men who are, for lack of a better word, lame. Hephaestus was likewise disabled when he sided with mother Hera against Zeus in an argument and his father hurtled him around the world, several times I believe, breaking his legs upon landing. Hephaestus made the first robots, mechanical men, to help him around; indeed one might say that his industry, of which he is prime godhead, stemmed from his disability—he is the Virgo male archetype for reasons we won’t get into here. Point being, Aries women often partner, if not outright couple or mate, with men who bear an archetypal resemblance to that god. Arguably subconsciously, Aries women don’t wish to be controlled by men, just as Athena didn’t want to marry nor did Lilith play dutiful, submissive wife to Adam. Remember the character Lilith on “Frasier”? So Aries women are archetypically drawn to “consort” males if not outright cuckolds who will play a secondary, even submissive or often subservient role in their lives.