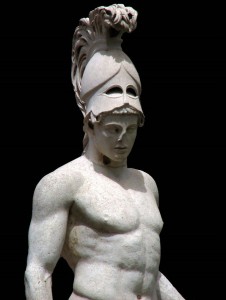 So the other day I was rattling off a list of how many “new beginnings” I was actively pursuing in this natural astrological time associated with such doings, Aries, being the start of the astrological new year and the cosmic energy of ignition. I knew I had more up my sleeve while I was listing things, but, as these things go, such thoughts evaporate when you go to record them. The same thing is happening to me now even though I ran to my Blague page to start writing based on said thoughts, dissolving with each tap of my chubby digits. So let’s see, what was I going to add to that list of new-i-ness? Hmmm. Oh come on: Well, I was probably going to mention the fact that we are making plans to relaunch a product line we put on hold. That’s one. I did mention that I wanted to write another book or books. I actually have a roll-out in mind for that. But first I need to find a way to support doing so with a new campaign regarding our existing book or books. I suppose I should be adding new incarnations of ongoing projects into the mix because, it’s April, and I’m cranking up the machinery of my Afterglow festival, and, really, every year constitutes starting from scratch. I mentioned instituting some new habits that characterize my Spartan, warrior-like embodiment of the Mars ruled cardinal-fire of Aries, one that entails being rather vigilant, holding vigil in a sense, which always brings to mind holding a lighted taper, that flame, like a pilot light, signifying the burning adherence to a cause or loved one. I love that the single flame is associated with vigilance, which is a very good thing so long as it doesn’t slip into the hyper- variety.

I suppose, in fact, I’m all shot through with Aries new-i-ness, with still ten days to go before we get into Taurus dew-i-ness. I am writing a new show for the next Zodiac Club (on April 24—be there!) and I have a new book proposal that I want to get into works in that same next ten days. I have new songs to sing and new muscle to build and new thoughts to think and new emotions to feel. One of the best things about new things is that they have a way of curing the old things that nag or unravel you. It’s like with love and sex: The best way to get over someone is to get under them, well, depending on how tired or not you are. Nobody needs reminding an Aries of either sex that they might want to get on top sometime. That advice is usually reserved for the Taurus folk.

So I think today is, or yesterday was, “sibling day”. That’s an anathema for me because I am an only child, now, by choice. I had a sister but I had to, metaphorically speaking, surgically remove her from my life. She was very bad for me; and would continue to be, worse and worse, I suspect, if I were to allow her back. But I wouldn’t worry about that. She won’t try to reach out to me—although her creditors have—because she engineered a whole plan to, first, not let me know of one of parent’s imminent demise so that she could make off with whatever loot there was to grab, and she did; but apparently, like any “lottery winner” who never understood the value of good hard work, she lost it all; or so I’m told. Every once in a while she features in my dreams; and she did last night. And then, when I went on Facebook, I saw that it was “sibling day” from people’s posts. So that was just me being psychic again. But it’s like a recovering alcoholic having a drunk dream—it serves to remind the individual not to go back there. I never will, trust me. Anyway…..I was talking about how doing new things eradicates old thoughts and behavior. And I brought up my sister because I think many of my friendly relationships were modeled on that sibling bond such that it was always a losing battle. I have had a habit of becoming “best friends” with the “worst people” because I spent so much of my early life trying to bond with a withholding, meanspirited sicko that, well, I sought out withholding, mean-spirited sickos. And it’s only recently that I have managed to see these bonds permanently swept from my life. We all have shit. That was mine. So if you know me personally and wonder why I’m no longer friends with this or that ego-maniacal, malignant-narcissistic asshole (or why I ever was) you can chalk it up to my finally realizing I was transferring my dysfunctional sibling bond onto these other ones. And I am now in SLEMMNAA (Sibling-Like Ego-Maniacal Malignant-Narcissist Assholes Anonymous).

So I posted our weekly horoscope, which I do for free because I’m either super giving or a total idiot. If I were Amanda Palmer (a Taurus) I know I’d be leveraging that shit. Oh well, maybe I’ll figure something out. Meanwhile, it focuses on the male Aries and so, in counterpoint to yesterday, I’m in a male-archetype war-god Ares-Mars mindset. In case you couldn’t tell. Fuck you. See, I’m channeling my inner Ares-Mars, a god I never liked as a kid because I was born under the comparatively effete archetype of Apollo with a serious woody for Dionysus, to whom I would recite incantations, in the attic of our rented beach house, wearing “robes” I made by sewing discarded curtains together. So much you don’t know about me. But I’ve since not only made some peace with the war god, I kind of get him. He is the personification of bold force and strength, simple straightforward energies that we thinkers might ignore; but of course we need so brute a godhead, if only to have some beastly nature to transcend; but he’s more than that. The paradox of this energy, akin to the Greeks rarely making the war god victorious in their mythology, was that he was defeatable if not indefatigable. His sister, Athena, never loses; while Ares mainly does, but never mind. He keeps on fighting. And he doesn’t even much take sides. He loves battle so much he keeps switching lines and fighting on either side. He doesn’t care about who’s fighting just the fight itself. We all should have that kind of fight in us. We need the pure energy to harness.

Large, towering and terrifically handsome, we can’t discount the fact the he gave the goddess of love herself the hots. His masculinity was heady for her; and yet she also had a taste for young pretty nature boys like Adonis, a Taurus archetype (being a feminized man) whom Ares swiftly slew. That’s how he rolled. Ares doesn’t mind that Aphrodite is married to the lame Hephaestus, in fact this probably turned him on. The god Ares, and perhaps Aries men, might be more the type than other males to want to cuckold another guy by way of besting him with that sucker’s wife with his own manly beasty ways. (If only Aries men read astrology they could beam in here and tell us if that’s a turn on but don’t hold your breath.)

In Colchis, in a grove sacred to Ares was an oak tree from whence the famed golden fleece hung. I learned this recently. It’s the type of thing that reinforces my theories. I had never before had a connection between the war-god, namesake of Aries planetary ruler, Mars and the golden fleece of the Ram, the symbol of the sign, with it’s associative questing energy. It was from this grove, apparently, that an ancient statue of the god was carried to Laconia an preserved. Yay, mythology. This land of origin was called the Island of Ares or Aria—surely that curmodgeony author of Game of Thrones knew to call the warlike Stark daughter Arya—and, people not being able to escape their archetype, the actress who portrays her, Maisie Williams, is an Aries. Yay, archetype. Needless to say the god’s birth and numerous festivals fall within the month of March, named for him. Women weren’t permitted to approach his temples on festival days. And, in Sparta, he was depicted in chains, the symbolism of which to say: The martial spirit of the god must not be permitted to leave the city-state—his temples were usually on the very outskirt of a city to protect against and scare away invaders.

That didn’t go anywhere maybe. But Aries energy doesn’t have much of an arch, it has a strong beginning then peters out. It is the male principle after all. He he.