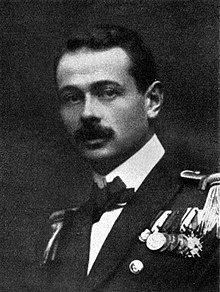 I know a great many people born this day. It tends to be like that, don’t you find? I’m so grateful for the daily beach walks–omg I sound like a fucking broken record. I mean what the hell am I doing here if I’m only occasionally going to be brilliant. Do you think anybody gives a solid shit about what your day is like and how it includes “constitutionals?” Go fuck yourself, Quinn, really. You can do so much better than that.

To which I reply: What the fuck do you want from me? I’m trying to get at least three big projects off the ground while conducting a private consultancy with utmost clarity and professionalism, at the same time writing (in this case yearly) horoscope books and directing an entire performance festival and, you know, being alive without help for anything; actually I do most of the cooking and a lot of the cleaning and shopping in addition to painting whole rooms or otherwise making things functional and nice, just as my partner does in other ways, equally.

Life is Sisyphusian. I am a big Sisyphus. And though I always read the message of that myth to be just terrible and depressing, I now see it differently. I see it as expressing a very prominent aspect of life, a one step forward two steps back dynamic; which, let’s face it, is part and parcel of even the most productive and prolific of lives.

I’ve decided to paint the walls of my office an Hermes hue of dark orange. Suddenly I’m in love with dark orange again. And because the trim and doors are teal it will lend this real Howard Johnsonsy affect. Joey Arias is sober. Life was really quite sideways this week: The effect of putting things out there, throwing stuff at the proverbial wall; I’d forgotten how to do that. I love the construction I had. I think of Georg in The Sound of Music—”I’d forgotten”, music in the house? I think it was. It’s such a circular notion bringing in three time frames to say I had forgotten, as there was the middle time of forgetting a past but now we are beyond either one of those states of mind, further along the spiral, back to the same point further along the line.