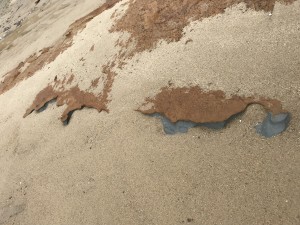 The zodiac is among the ancient systems in which we see a lot of wisdom and power. We have always had a fascination for such systems, as with panteons and the breadth of myth systmes including those of modern religions and the comparative dynamic therein; we also both grew up with psychics and astrologers in our lives; and astrology for us is a symbol system that is particularly alluring in that it is at once efficiently ordered and very confident as a system and also it’s rich symbology and imagery links directly to the myths we love so much, not only in the planets being named for the gods, but the symbolic estate of each sign being endless with imagery, totems, story, parrable. All of it our jam.

Starsky + Cox really are always all about the big questions.

Today was mean to be quite busy. It is a client call in day so we stay open. And we did have an appointment with clients (twin brothers) who aborted last minute. I did manage to make a foray into puttin next year’s horoscopes together and things are pretty much falling into place as best they can. I am a little backlogged on chores. And I have a pile up of notes and such needing sorting through.

I had this thought: What if we have it all backwards in terms of evolution and the species and we are actually at the bottom of the scale. I mean we are the only animal that can’t not live in captivity. We can’t survive in the elements. We eat anything not just what is in the “regular diet” of our species. We have addictions and create polution and are pretty much the reason for a great many diseases. Look at the other end of the spectrum, like the insects, for instance; imagine having a shiny green ectoskeleton and some fierce antennae that sensed things and the ability to fly. To me that sounds far more evolved.

I can’t tell if I’m the most or the least organized person on the planet. It has to be one of the two extremes. I do know that I have friends who seem to write a couple of novels a year; now that is rare I realize but they’re really good novels too; and I don’t seem to have whatever it takes to be that prolific. I try to hit all my marks but sometimes I feel I have too many, that I’m not focused, but scattered, rather; then again I think maybe I’m just someone who doesn’t put all his eggs in one basket.

I know it probably sounds paranoid but I can almost hear my liberties being narrowed; it makes me furious that the cheato in charge speaks for us when I feel completely opposite from him on all issues. I need this to be over soon-ish; it is a ruination. I jump to this because it relates to what I was saying earlier (yesterday?) about living on deadlines and the dread associated therewith. How come I didn’t feel unambitious when I spent my days watching videos and walking through the West Village or over to the Hudson to sun myself. How is it that I felt I then had all the time in the world. Wouldn’t that have been the time to hustle? In my late twenties, early thirties? Why do I feel I must do all my hustling now. Is the very reason because I didn’t do it then. I’m talking about the Clinton years, now. They were as unhurried as can be. I know I went for things. I created, I auditioned. I went to class. I wrote for magazines. I worked for fashion designers. I did PR. I started magazines. I worked as a field producer in television. It wasn’t like I was just sitting around. But I remember some summers being so slow and sleepy all day long.

There was that one particular summer. Maybe 96 or 97 not sure. I think the same year as Buffalo 66 and my writing for Detour and all of that. I remember we really didn’t have a sous; but I had worked out a deal to eat at Nine Jones restaurant in exchange for doing there PR which I did, best I could. I did the same at the Pearl Room. Not only did I never go hungry but I also never didn’t eat super well. But it was a drain, I must say. I mean, I was always having to hawk something. It was exhausting. It still is. Sometimes I feel quite lost. Like today. I look at people’s pictures on social media some days and I think how the hell can people party day in and day out and still have bone structure and be rocking some fashionable clothes. Two answers: hormones and Dr. Colbert.

Who me bitter? Never.